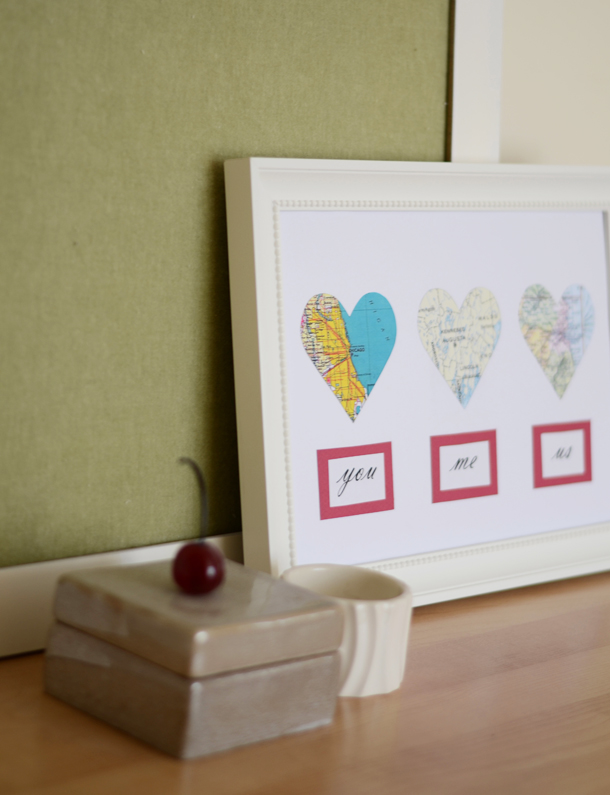 Did you know that nearly all of my ancestors are Irish? They emigrated several generations ago from the west of Ireland. When I was in high school, we took a family trip and drove around to see all the villages where both sides of my family came from. It was fascinating to see how close my father’s and mother’s ancestors were to each other, but, so far as we know, they never met. In those days, a few miles over the hills and mountains was a long journey they may never have taken. 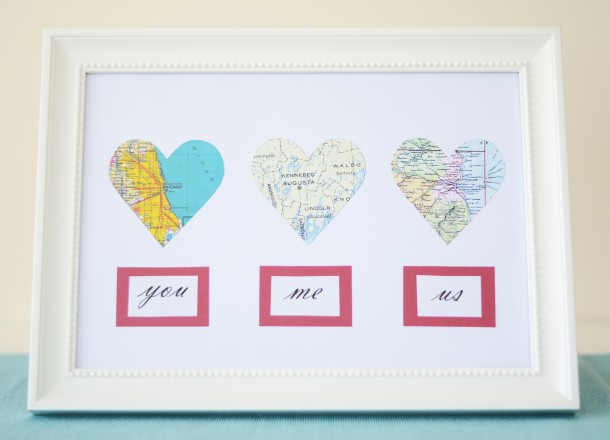 Years later, my dad’s family moved east to Rhode Island, and my parents met when they both went to Colby (just like Michael and me!). They married and settled just down the road from Colby in our little China Village house and they’re still there!

Now here’s the funny part. Michael’s parents are from Chicago. They were high school sweethearts – his father grew up in Chicago and moved a few hours south when he was in high school. His mother grew up on a farm in that same town south of Chicago. They met, were married, and had Michael just after Michael’s father moved to Ireland to play basketball. Six weeks after Michael was born, he and his mom joined his father in Dublin. More than thirty years later, they’re still here!

Fast forward to Michael and me in college. Specifically that little Colby College in central Maine. That same one where my parents met more than thirty years ago. Michael was recruited for basketball, I wasn’t ready to go too far away from home, and by our second senior year (another long story for another time) we were dating. We graduated, got married and moved to Ireland and we’re, of course, still here!

That was a fairly complicated way of saying I love this project because it reminds me of all the criss-crossing around the globe my family and Michael’s family had to do in order for us to meet and end up here in Dublin. Complicated, but neat.

And now, here’s how you can make your own. 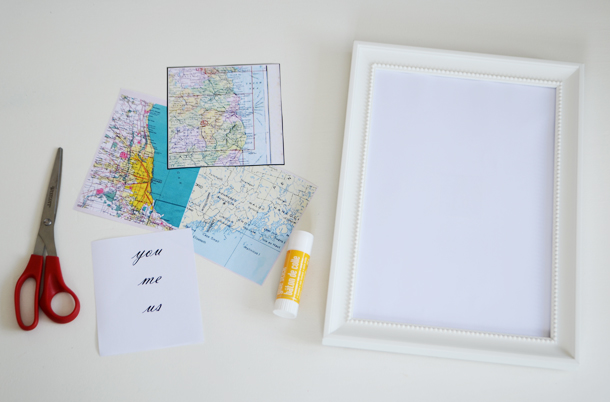 This little map art was beyond simple to make (you know those are my favorites, right?). Here’s what you need: Scissors, glue stick, a frame with a piece of card slotted inside, maps that mean the world to you, and three printed little words – you, me, and us. 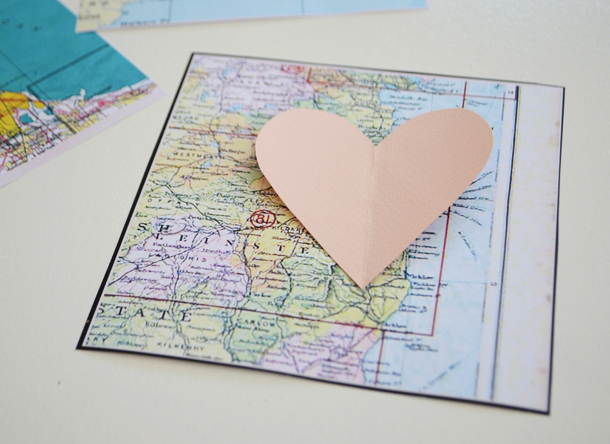 Cut out your heart shape that you’ll use to ensure you have three identical map hearts. 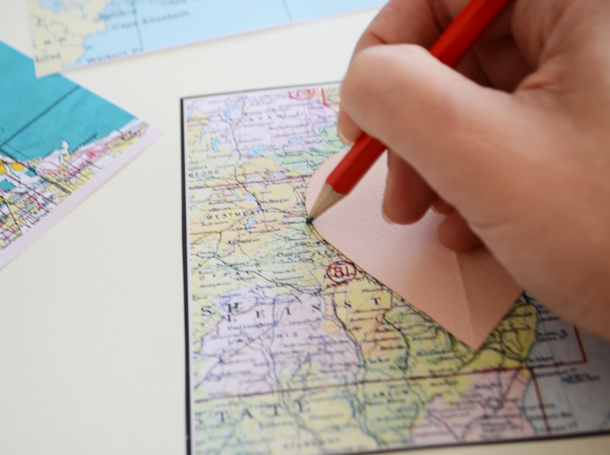 Place it over your special cities and trace. Cut out your hearts and glue them on the card. I eye-balled their placement, but you could use a ruler to make sure they’re spaced out correctly. Glue your words below the correct hearts and you’re all done! 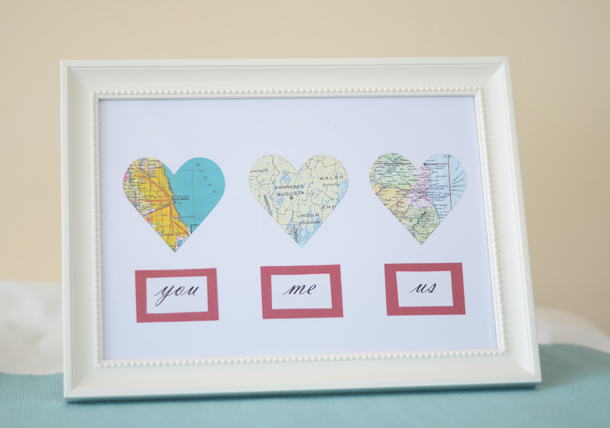 If you don’t have old maps lying around, you can search for map images online and print those out. Just keep in mind that you’ll want the three maps to have similar coloring so they look nice together. 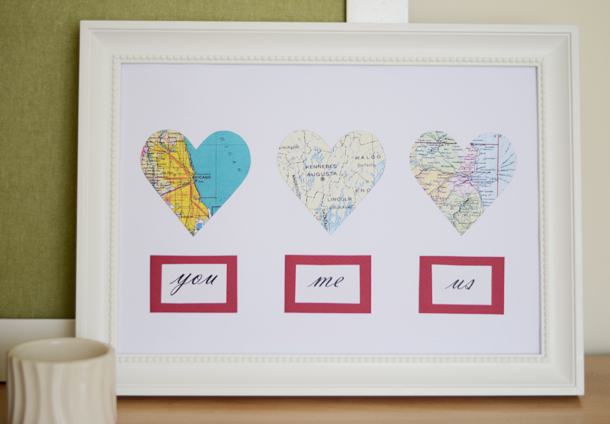 There you go, the story of how three places mean so much to me, and how I get to see them in my house every day!