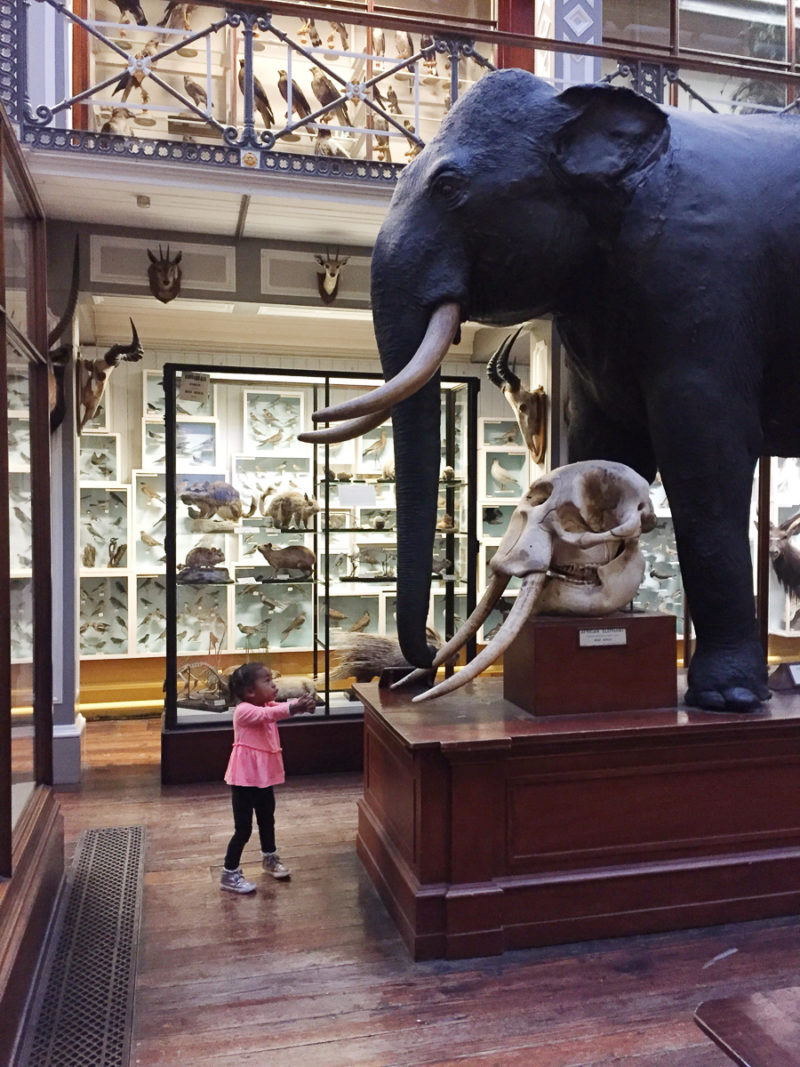 I’m still really early in exploring Dublin with my kids, and I’ll blame that mostly on nap schedules and Dublin traffic which has increased astronomically in since we last lived here. I’m not quite ready to take both kids on the bus (we don’t live on the Dart line anymore, womp womp), so I prefer to drive in. But that means avoiding the kids’ naps which now run consecutively rather than concurrently, and the window in the afternoon before rush hour traffic hits is very, very small. All that to say, we have lots to explore and we’re only really getting started!

A few weeks ago on a Friday afternoon, I decided to take both kids into town to the Natural History Museum, traffic be damned. We needed a boost and a boost we did get. The Dead Zoo was on my list of places to visit with the kids, but I didn’t realize just how perfect it would be for two toddlers. It was very quiet on a Friday afternoon and we spent an hour just wandering from animal to animal. I followed their lead and we circled back around a few times. Maya loved the whole thing, upstairs and downstairs, and Noah loved following her around and stamping on the grates around some of the animal exhibits. They made a nice clanging noise I’m sure the few other people in the museum really enjoyed. 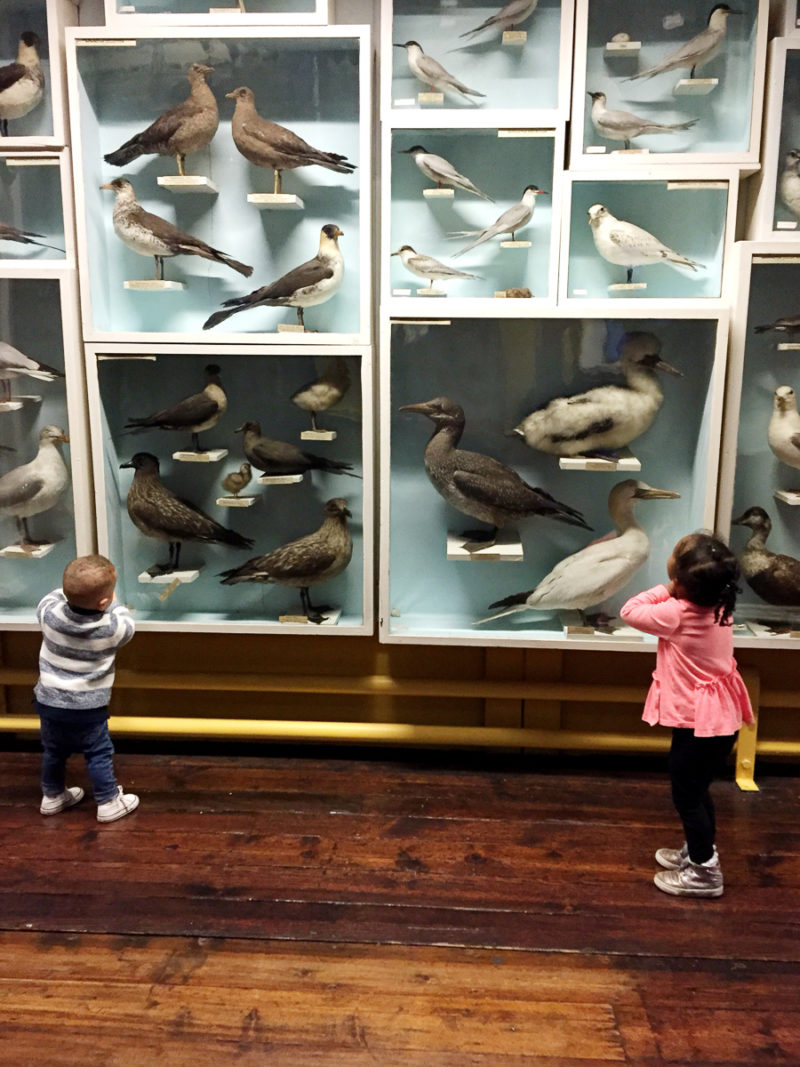 Right across the street from the Dead Zoo is Merrion Square Park, which has a great playground and a green for running around. But around the corner the other direction are cupcakes. Once we looked at enough animals, Maya decided it was too precarious for Noah to be almost touching all the animals and we needed to leave. She actually enlisted the very kind security guard to give Noah a stern talking to about trying to touch the zebra. So we walked up to KC Peaches and picked out a cupcake before heading home for bedtime. The traffic wasn’t great, but I had packed leftover pizza for them to munch in the car on the way home, so they were well occupied.

All in all, it’s a super outing with small kids who love animals. Or grates. Or ancient stairways. A few photos from a picture-perfect little adventure in Dublin. 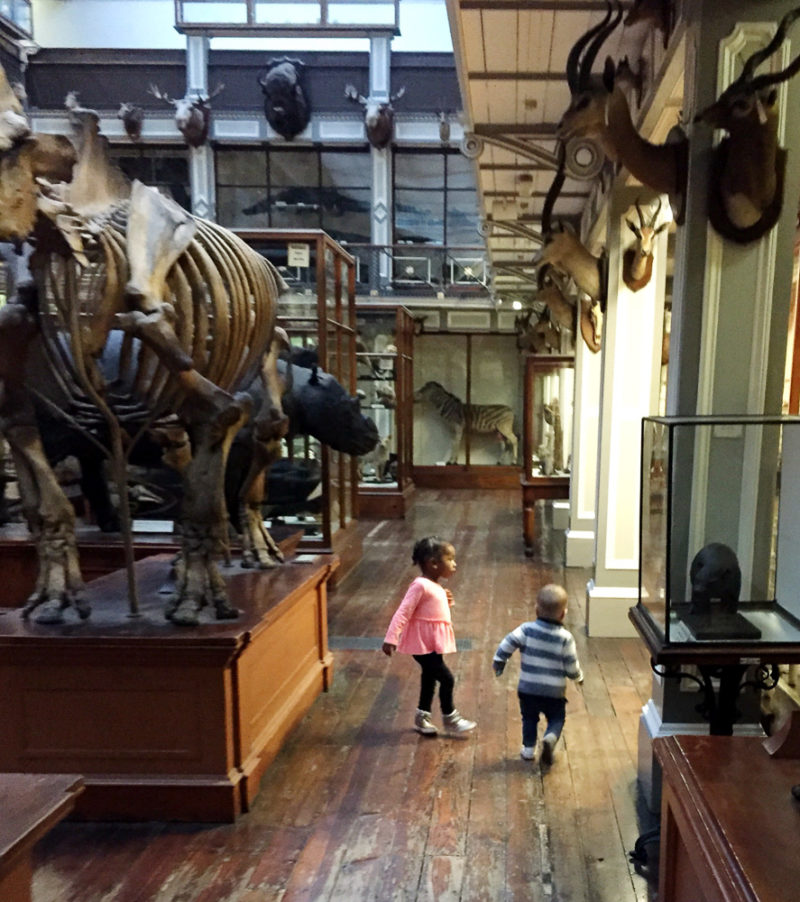 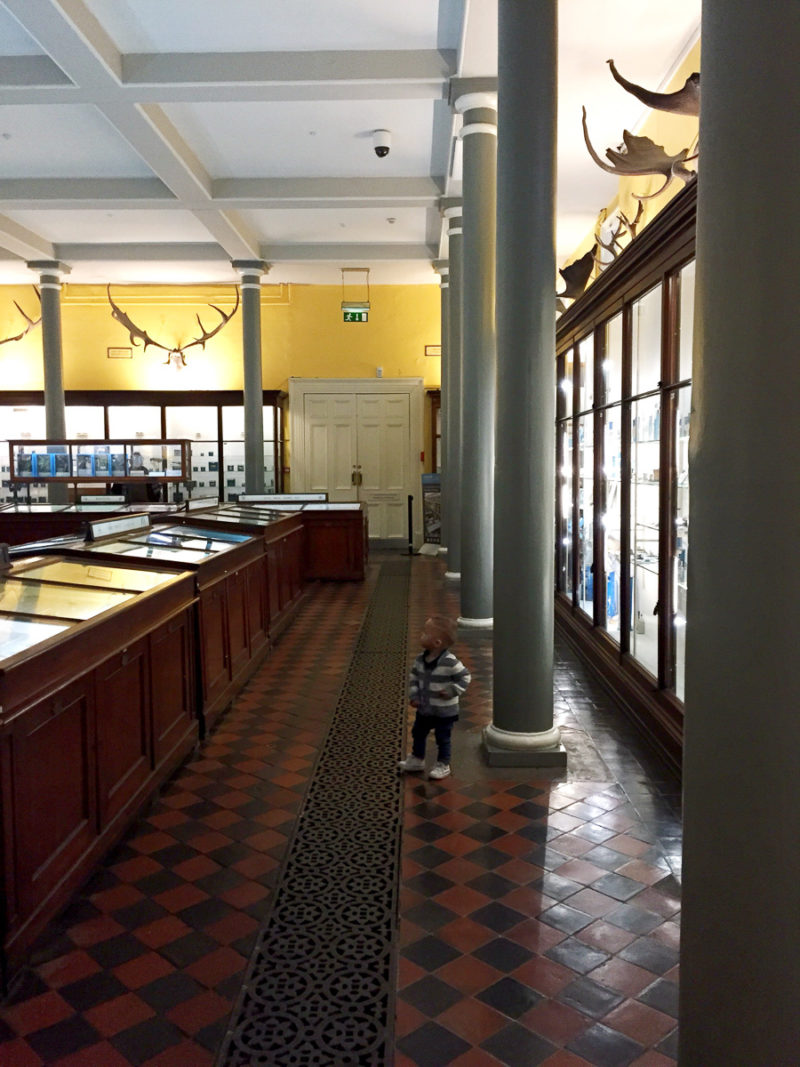 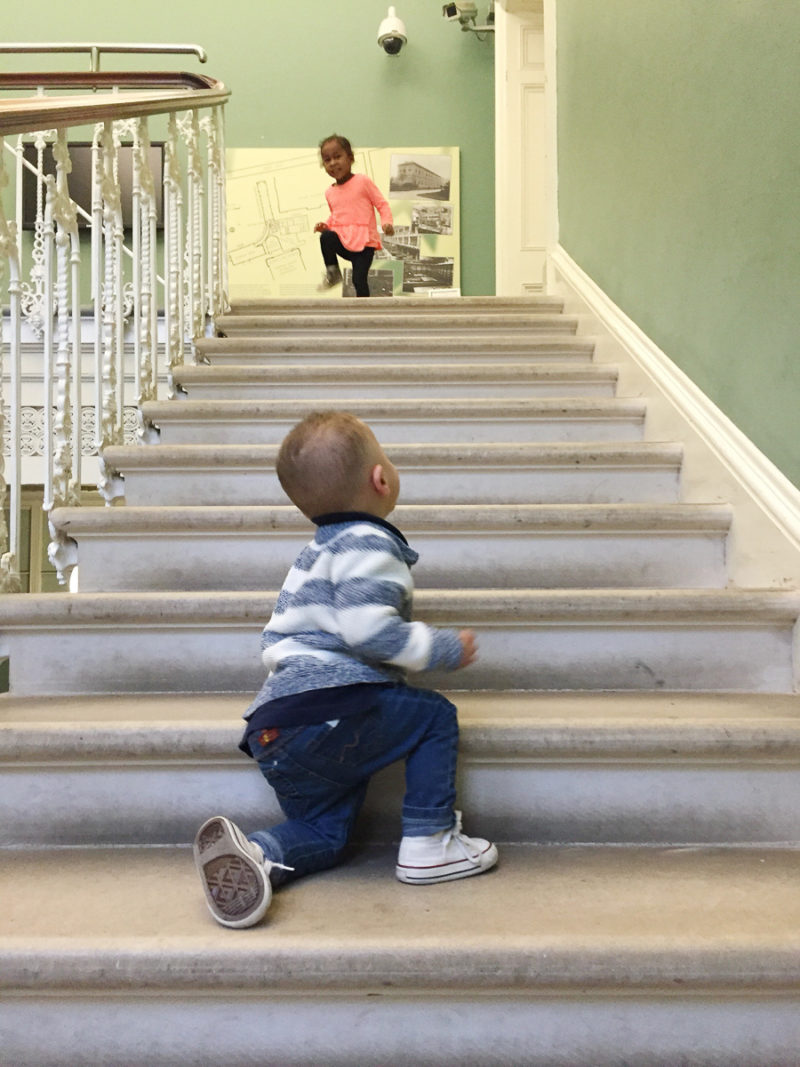 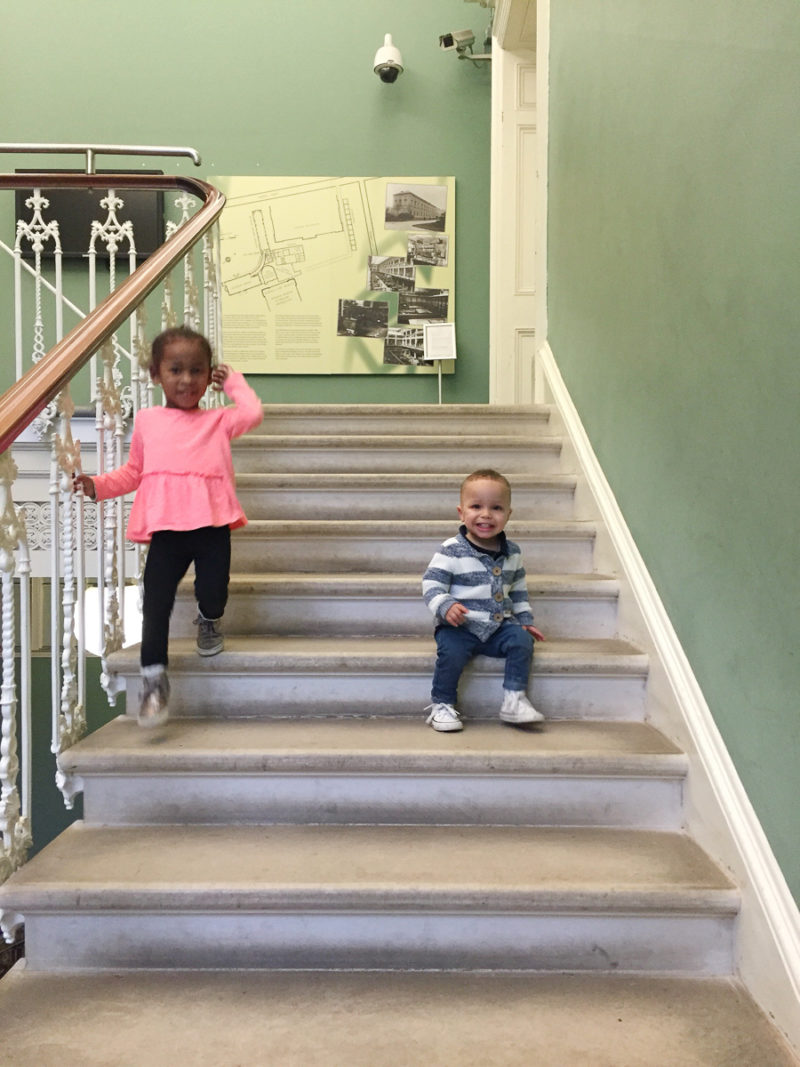 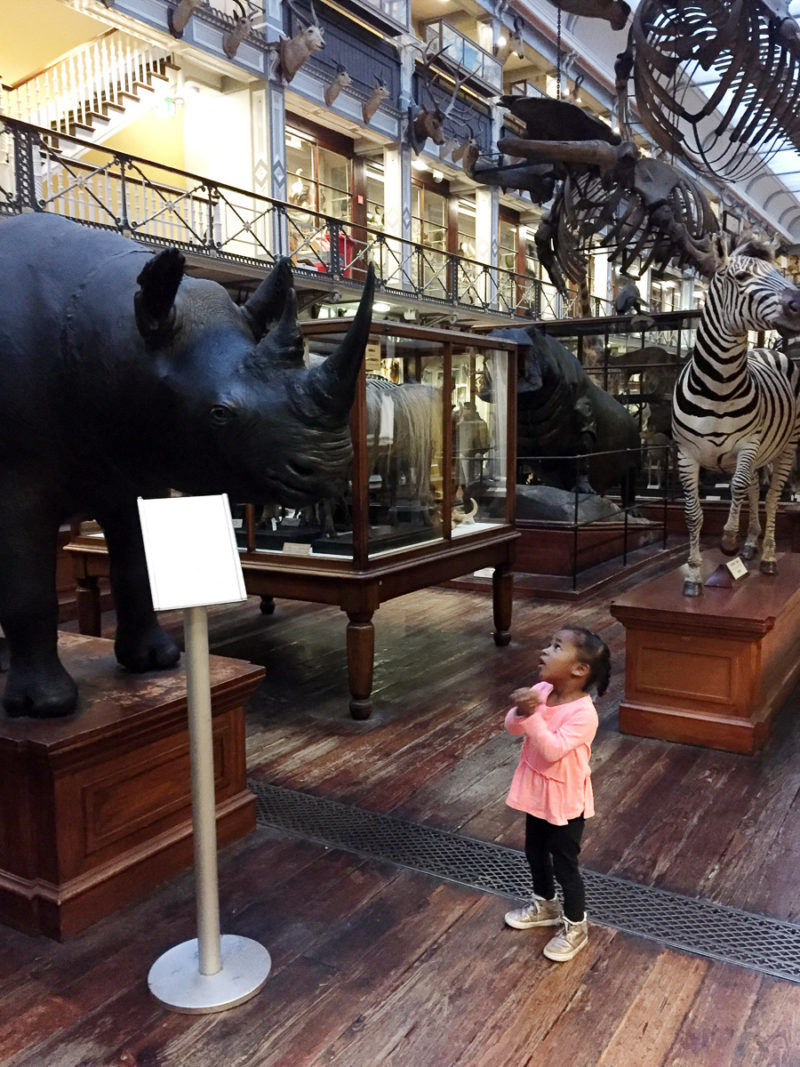 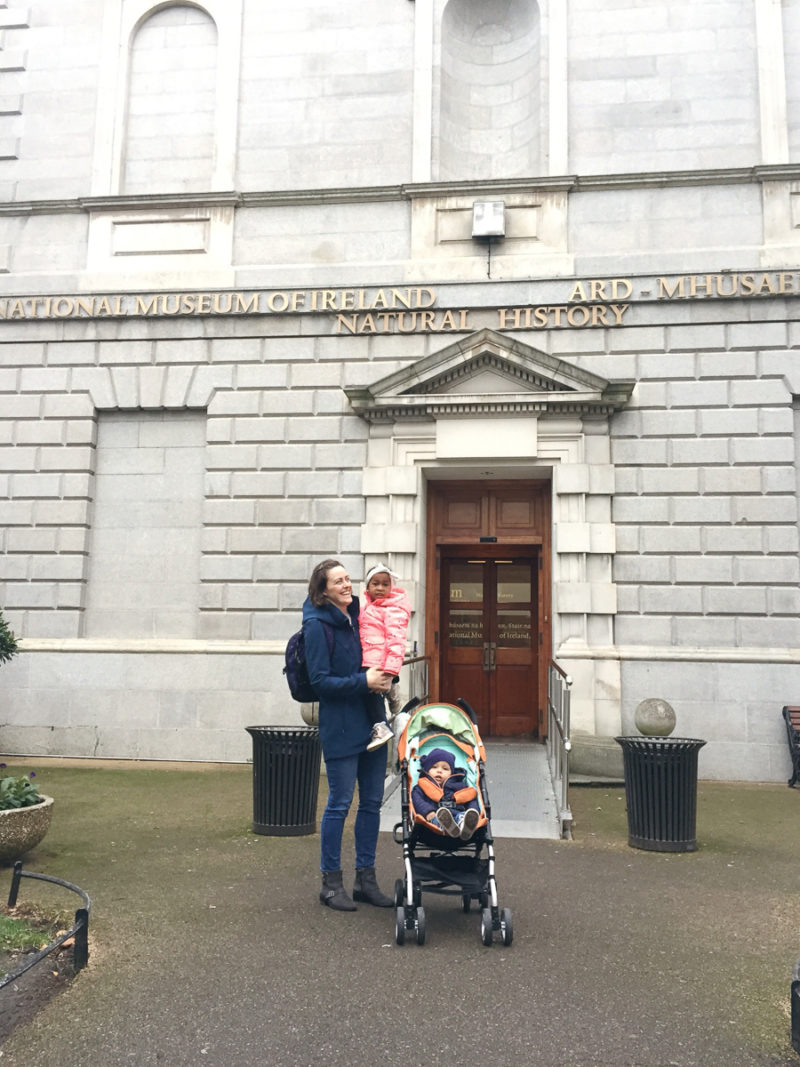 And proof of mom on the way out the door taken by nice tourists!