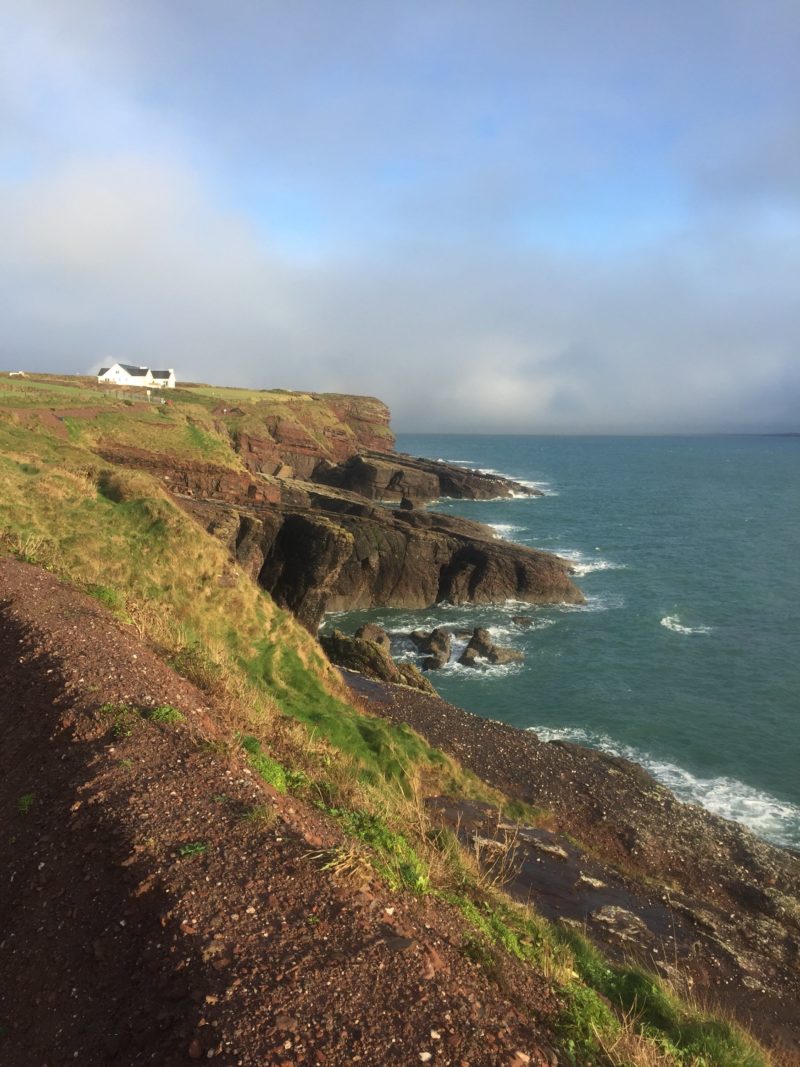 In an effort to wrap up 2018 before 2019 is half over, here’s my second recap of our holidays in Dublin! Soon, on to a few thoughts for the new year, hopefully before January is out!

We actually had a really special holiday season in Dublin this year, not only because it was the first time we were back in Dublin as a family of four, but also because all of Michael’s brothers and sister and their families (and one fiancee!) were home for a few weeks, too. It would have been a little more enjoyable if Maya wasn’t sick for a chunk of the time, but it was still a treat to have everyone together. The last time we were supposed to be together was August of 2017, but I don’t think we ended up with everyone in Dublin at the same time because I had to leave unexpectedly to go get a certain little brother!

So we had everyone at Michael’s parents’ for Christmas Day (no photos of that because my phone was dropped in the toilet on Christmas Eve by a certain someone who will remain nameless but who is not Maya or Noah), and then everyone came to our house for Stephen’s Day brunch. A few days later, we all headed south for two nights at Waterford Castle. My in-laws booked three of the Castle’s lodges, which each have three bedrooms and four bathrooms, big living spaces and lots of room for cousins to play.

We’ve taken to hiking with the kids in backpacks lately, so we left a little early to hike a cliff walk into Dunmore East. All credit to Michael for finding the perfect path (almost makes up for the cell phone in toilet fiasco) for our last family hike of 2018. 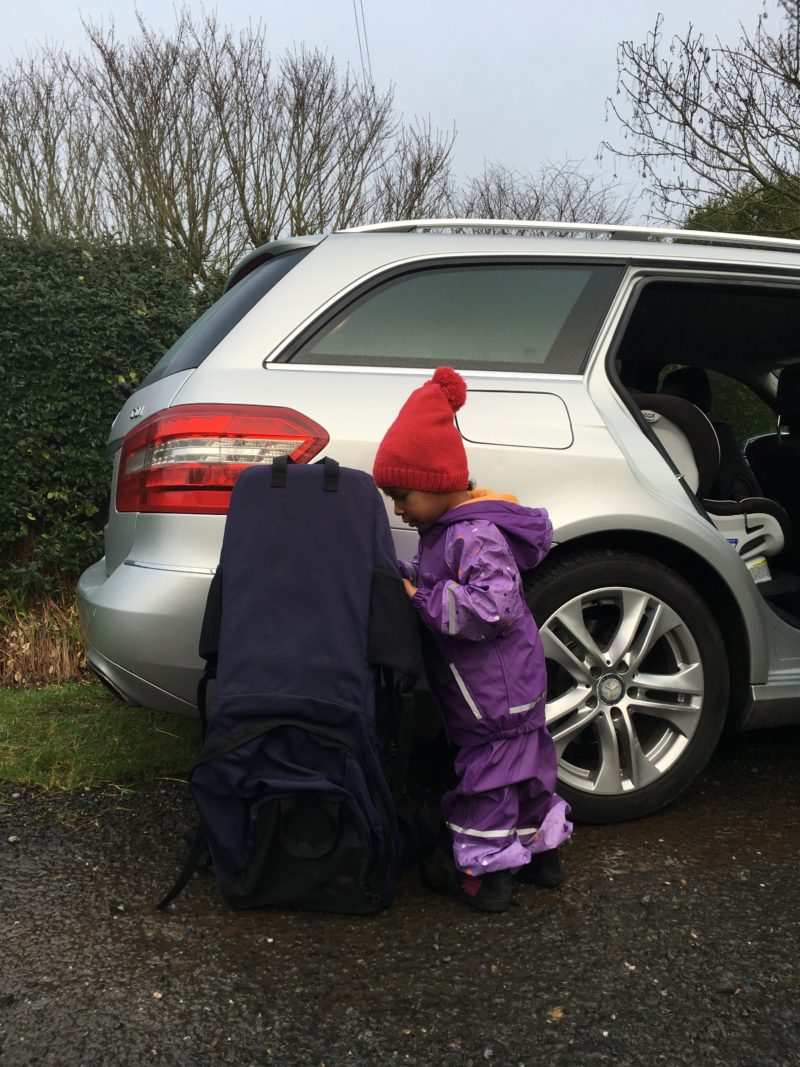 The kids do really well in their backpacks, and even though it was misting half the time, they were total troopers. We have to stop often to dole out snacks, but otherwise they just chat away back there. We figure we’ve got to hike as much as possible with them in backpacks before they get too heavy to carry. We can’t go for more than an hour without getting pretty tired, but Maya’s nowhere near big enough to hike or even walk very far on her own, so we’ve got to get while the getting’s good! 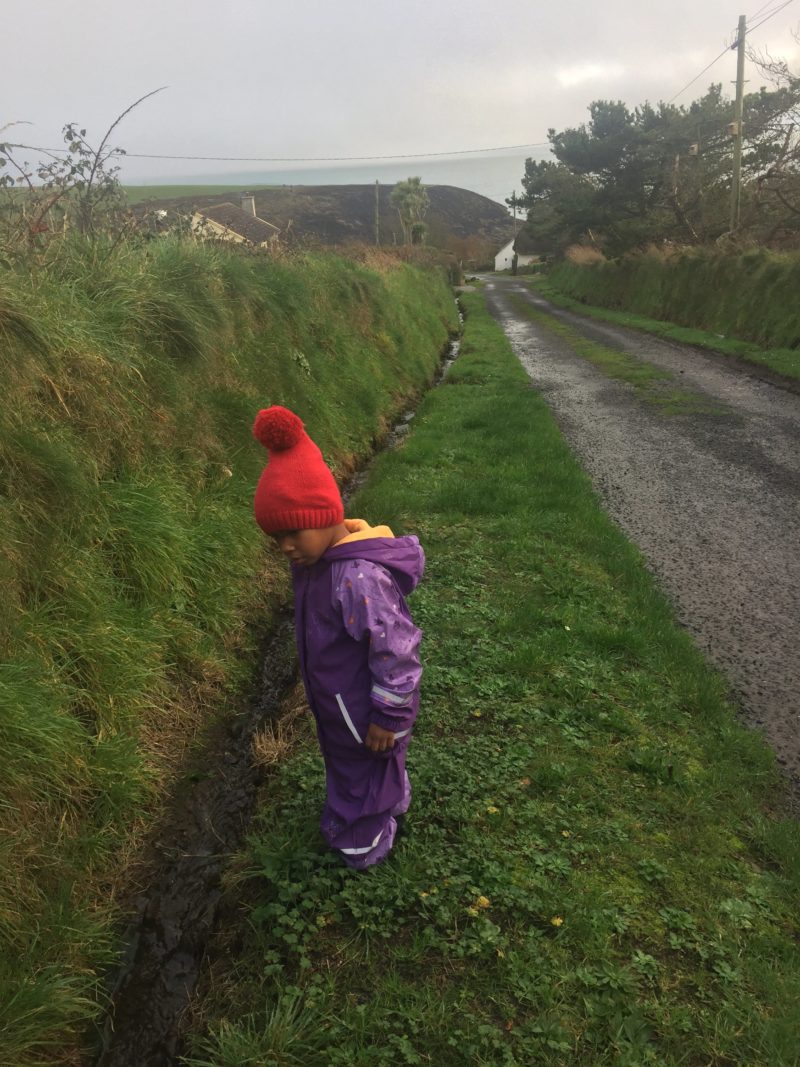 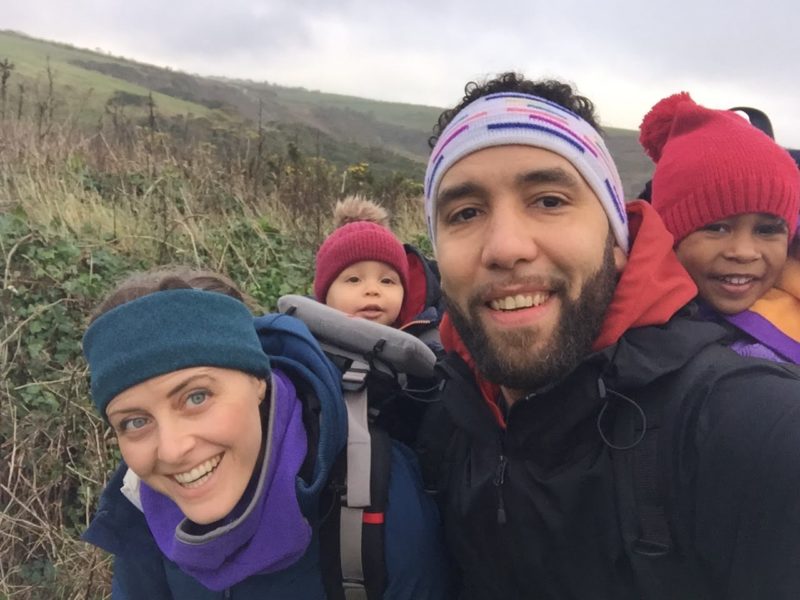 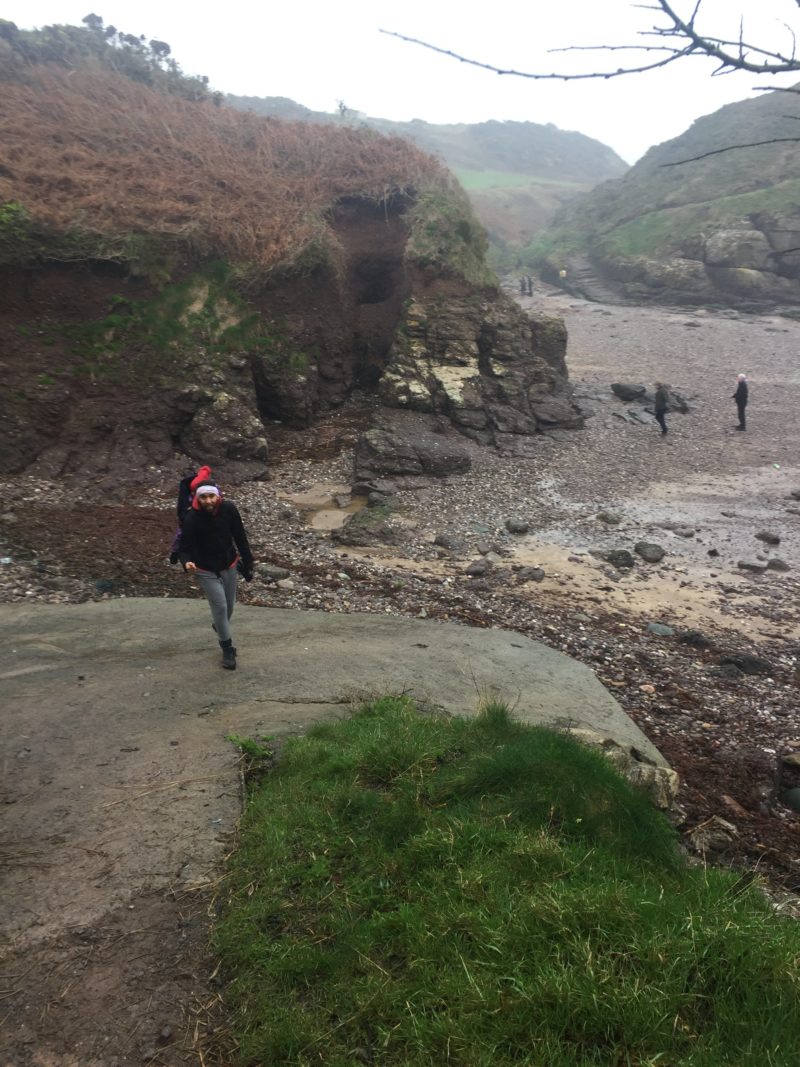 So this hike involved a very steep path down to a beach, which we soon realize would be impassable upon our return if the tide came in while we were gone. None of the locals around seemed to know when high tide was, so we risked it and figured we’d walk back on the road if we had to. Luckily, no high tide to be found, so we walked to Dunmore East and back in about an hour and a half. 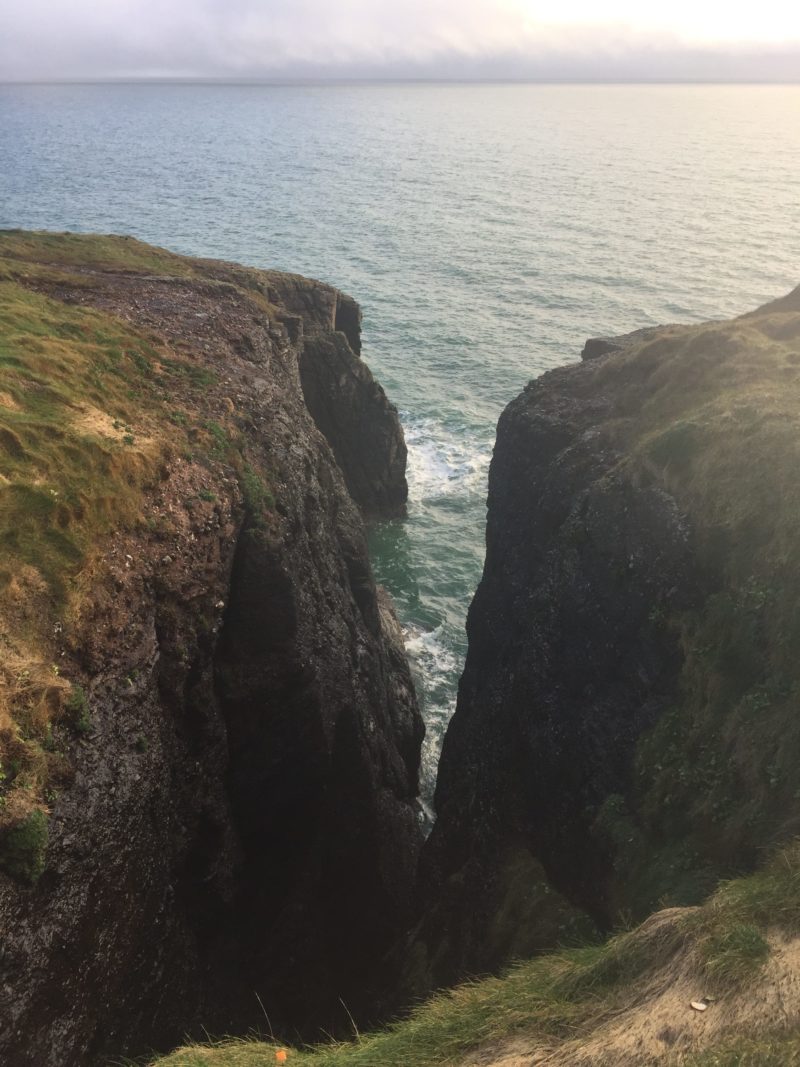 The sun came out in the middle of our hike and it was really glorious in the sunshine. 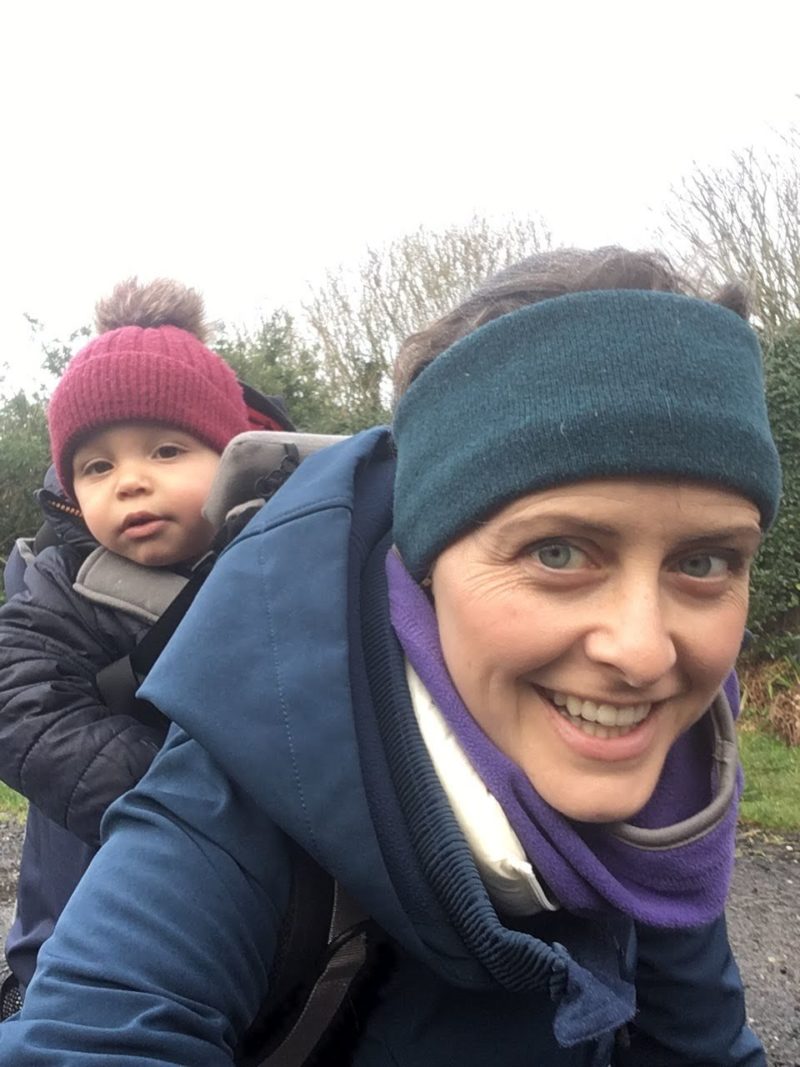 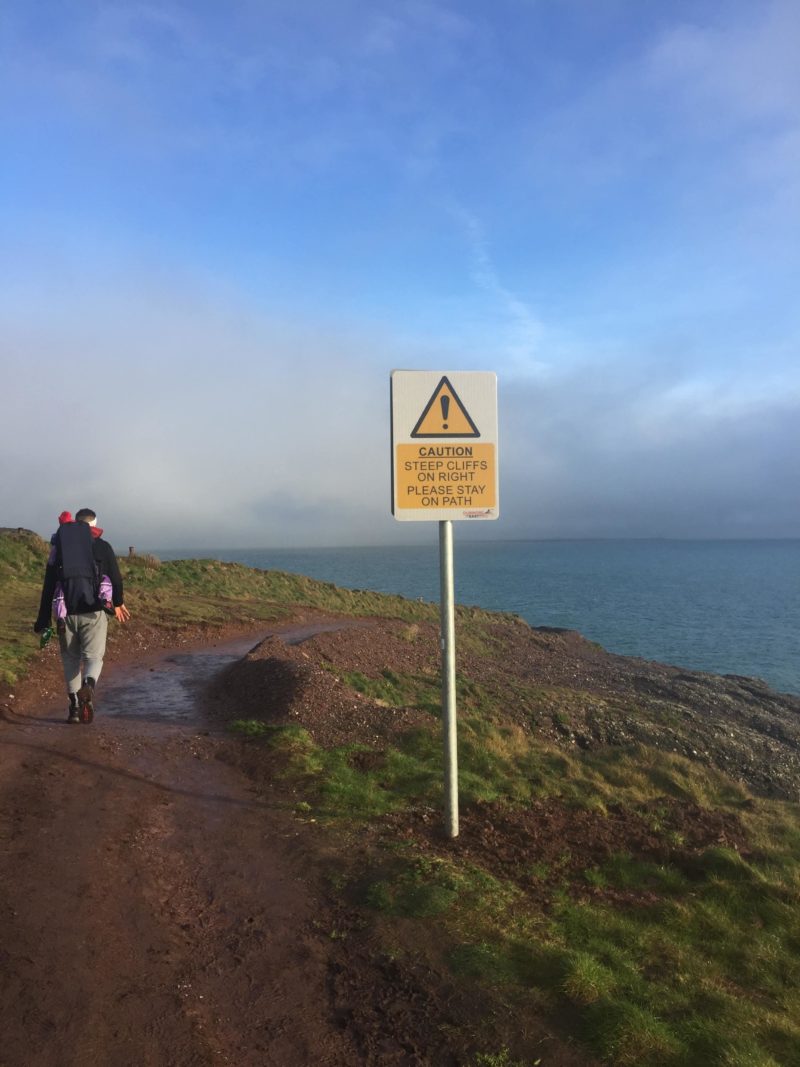 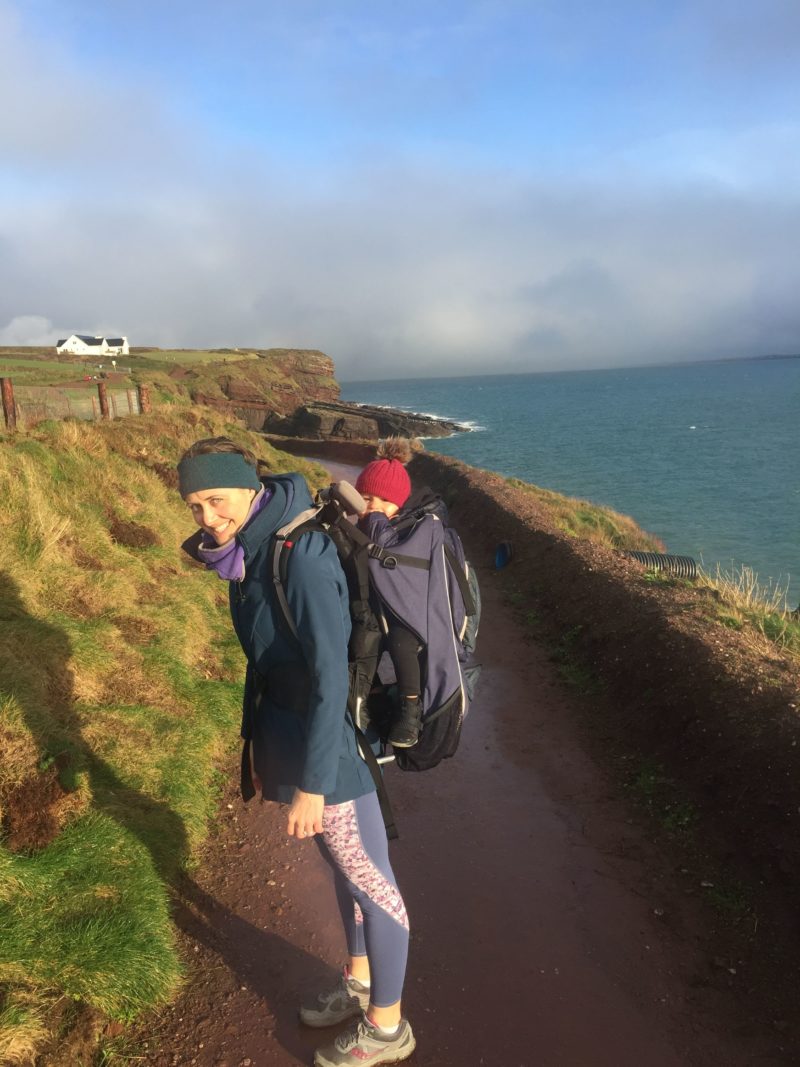 My old L.L. Bean hiking boots disintegrated shortly before Christmas so I hiked it in sneakers and was fine. It was a little muddy but not too bad. 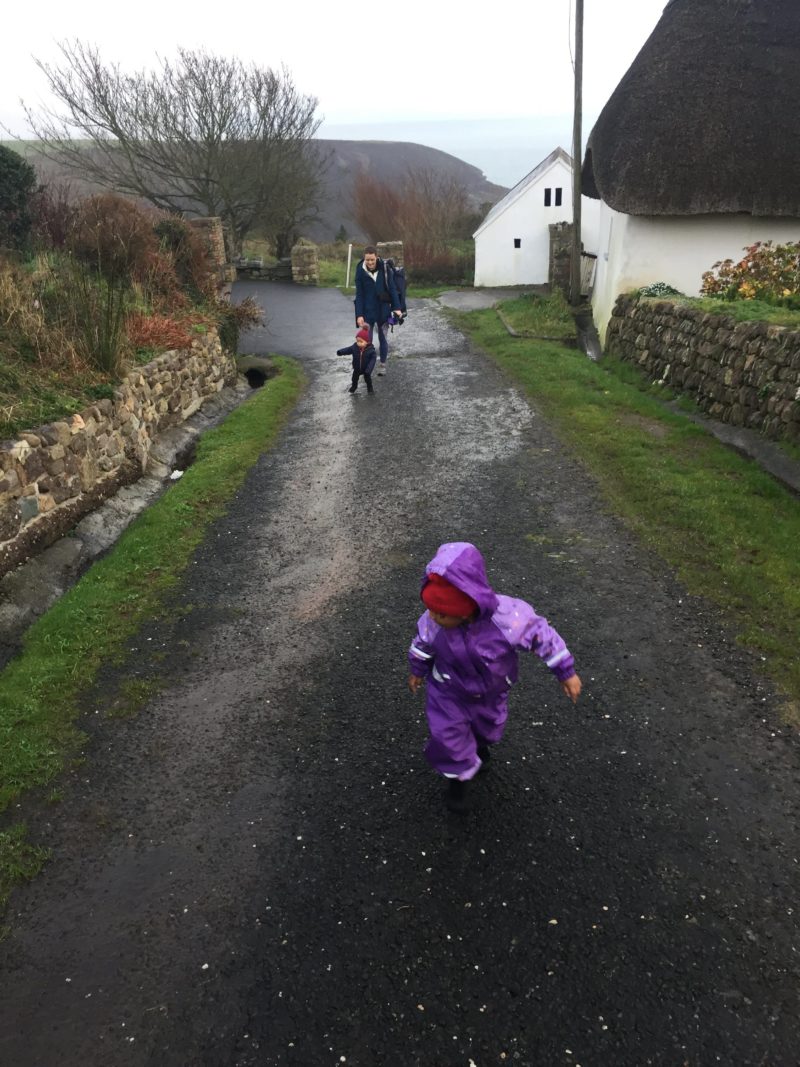 After our hike, we drove back inland to Waterford Castle, where you have to take a cable ferry across the river. Maya is still talking about ‘her other house with the ferry.’ 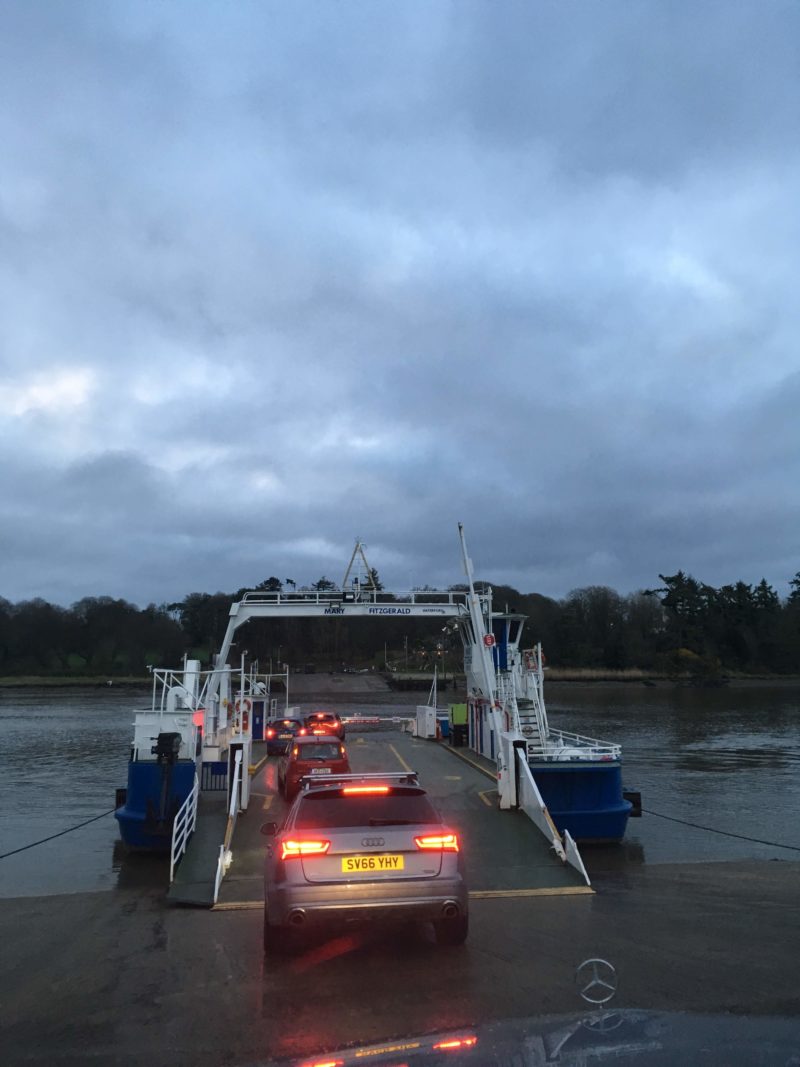 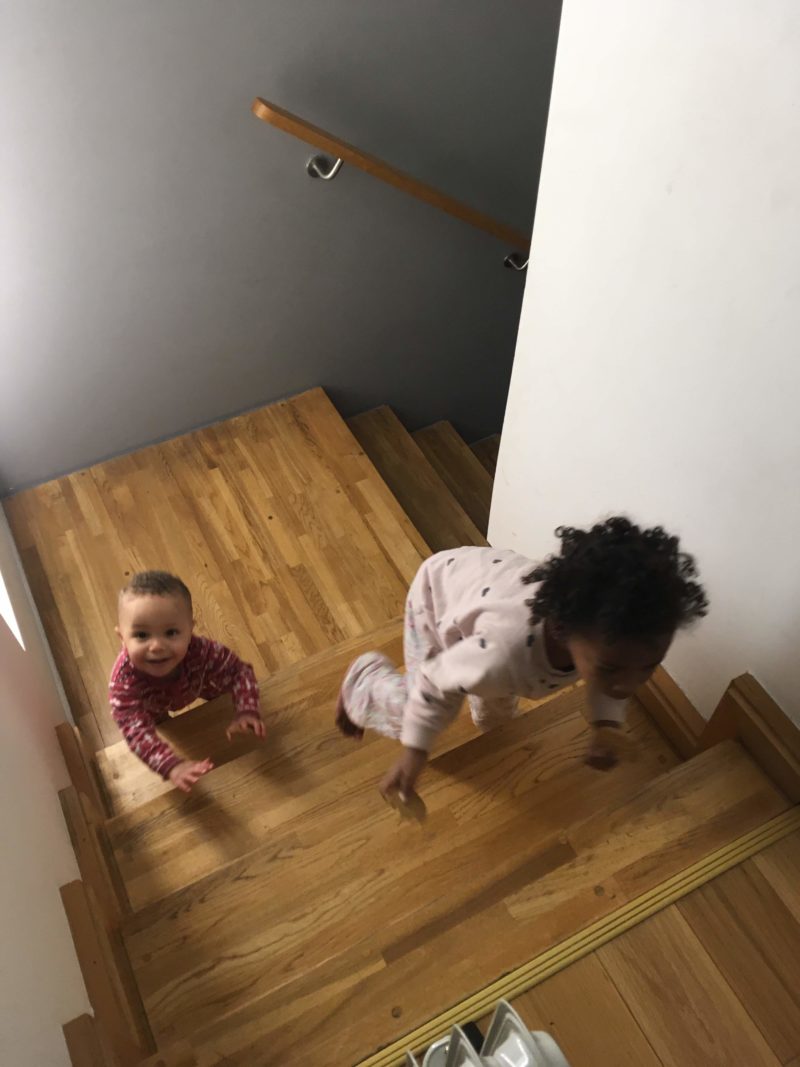 And then my photos take a sharp decline because Maya got sicker and Noah decided 4:45am was a nice time to wake up for the day. It was a lovely, cozy time with family, but I’d still like to request a do-over next year preferably with healthy kids who want to sleep late! The rest of the crew (minus Maya and I, who sat in the car while she napped) tried the Dunmore East hike from the other direction. We took a few whole-family photos after they got back from the hike and Maya had woken up, and then ate chowder at a pub down by the water. We had a dance party New Year’s Eve and headed back to Dublin on New Year’s Day. 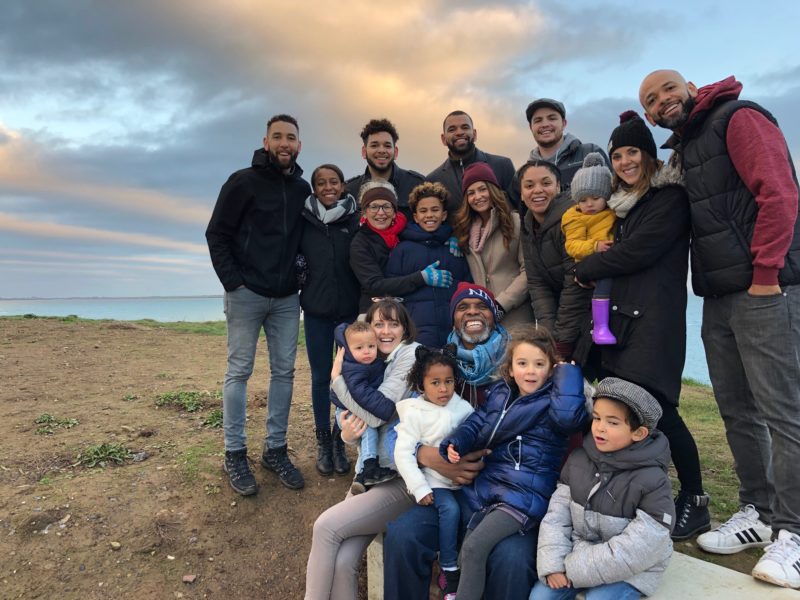 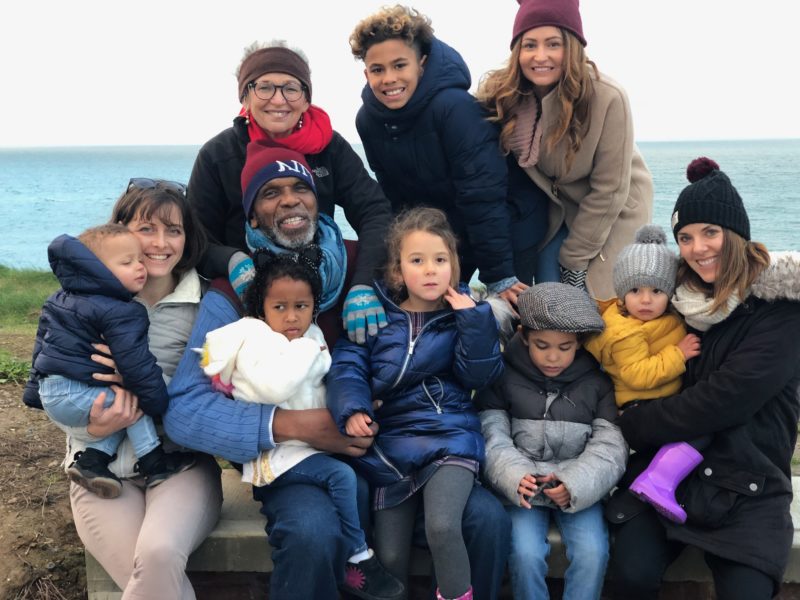 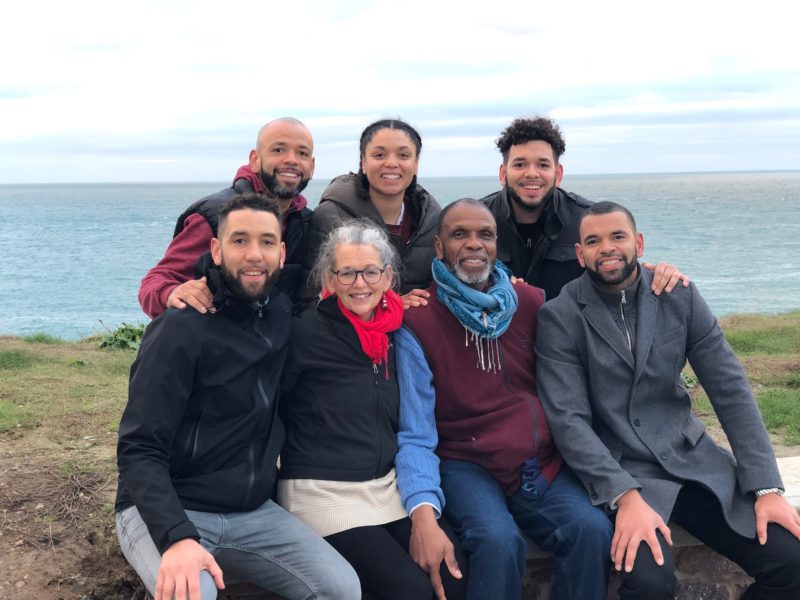 It was a relatively easy drive from Dublin, and it’s always refreshing to get out of the city and out into the countryside.

If you want to try the hike we did (about twenty minutes into Dunmore East, longer if you have to stop every 5 minutes to feed your kids snacks), you can find information about how to find here. Dunmore East is a little fishing town filled with very cute thatched houses. If you go, take more photos than I did to remember the cuteness!