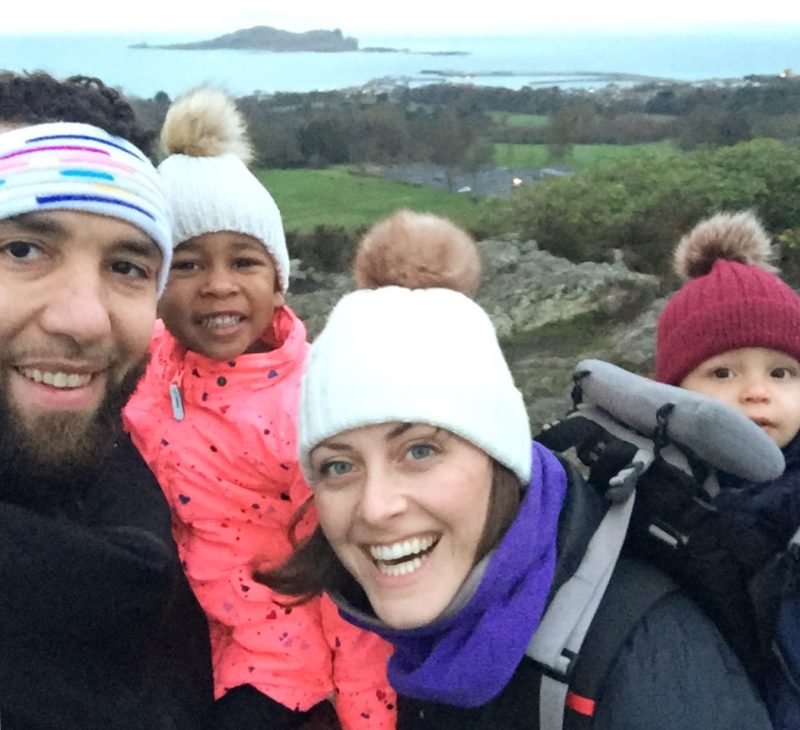 So, three weeks in to 2019 and I’m finally sitting down to put words to 2018. We were busy! And we did so much. We finalized Noah’s adoption in February, then I went back to work in Michael’s school in Houston the week after. We powered through the rest of the school year, trying to soak up as much of our Texas life as we could, and then worked our buns off moving out of our Houston apartment and back to Dublin. We packed up three years of life and managed to move back with just six suitcases, two carry-ons, two car seats, two diaper bags, a double stroller and our two beautiful kids. Phew!

But of course, once we landed in Dublin we weren’t done yet. We had a house to renovate and a life to re-start. The day we landed, we started on the house and everything else. Bought a car, found a nanny, got Maya settled with school, unpacked the belongings we hadn’t seen in three years and started looking for a whole bunch of second-hand furniture that would make our house a home.

My first novel was published and Michael got a new job in his dream school and started in August. Rachael and I launched our new copywriting company, Wordsmiths, and I wrote and wrote and wrote and wrote. For Mabel & Moxie, for ParentMap, for The Journal, for the Irish Mail on Sunday, and for Image magazine. Not as much for From China Village, but still, thousands upon thousands of words.

Since we returned to Dublin, the kids have picked up at least three colds each and we think most recently the flu. Maya has had three rounds of infections treated with antibiotics, and a whole lot of broken sleep. Noah has had extreme separation anxiety for months (10, to be exact) and has been very screechy and clingy with Michael and I (and very, very uninterested in anyone other than us and our lovely nanny). I feel like I spent most of 2018 carrying one or both children for hours on end.

The lack of sleep for the last seven months has taken its toll, but I think the change from life in Houston to life in Dublin has been much harder than I anticipated. I had a community in Houston that I loved and that supported me. I miss it and them. I haven’t found that community yet in Dublin, and that has made Ireland, so far, a little lonely. Living here with children is very different than living here before we were parents.

I ended 2018 feeling untethered and drifting. And also very, utterly exhausted. I ran on sheer adrenaline for the last three years and at the end of 2018, I ran out. Part of that is because there’s nothing that particularly needs adrenaline anymore. We spent more than three years chasing enormous goals — baby one, fostering, baby two, moving back to Ireland, book, company, new job, hustle upon hustle — and there’s a certain amount of let-down inherent in transitioning to a life that doesn’t necessitate such pushing for such enormously emotional projects.

So 2019 is the year I re-tether, where I find my feet again and regain some of the confidence I lost in the last few months of no sleep and dark, wintry weather. 2019 is going to be the year I make some friends (two of my besties in Ireland live across the country, so that’s tough!), maybe some mom friends who I can feel I’m raising kids alongside, which is one of the things I miss the most about Houston. We’ll find a new pediatrician for the kids (you might have seen on my Instagram stories that we ended up with a racist one who needs replacing and probably reporting), and start to explore the city and the countryside more with them hopefully healthy.

2019 didn’t exactly start with a lot of change from the survival mode of 2018; both kids were sick for a full week of fevers and coughs and still no sleep and all the clinginess. But Michael and I got to spend a night away in Cork and the kids slept and were nice to their grandparents (thank you, grandparents!) and I think that might have been the shift we were all looking for. We came back rested to happy kids free from snot and whining. And in fact, we think Noah has actually started to release his white-knuckled grip on us and seems to be enjoying other people again. Hallelujah!

All that to say, lest you think moving 4,000 miles with 2 small people after being gone for 3 years is an easy task, think again. It’s thrown me for a loop and I am just declaring that 2019 is the year we put the pieces all back together and find a new, coasting normal for a while.

And of course, it’s not as though we’re just going to sit around with our healthy kids and twiddle our thumbs. Want a snapshot of what I have in the works? Wordsmiths is taking on new contracts by the week, it seems, so that will be ramping up. Blogging on FCV will be (and has already!) making a comeback. I’m working on a still-secret book project of an entirely new variety. I have a bunch of new and important stories in the works for Image magazine and am so excited to dig into the research they will entail. I’m continuing to write regularly for Mabel & Moxie, ParentMap, The Journal, and I still have my column in the Irish Mail on Sunday. We have a few plans for small trips around Ireland with the kids in the spring, and we can’t wait to welcome some more visitors in the coming months.

Thank you, as always, for your support from around the world via the internet. Here’s to 2019!