Taking Them To The Beach / Winter Edition 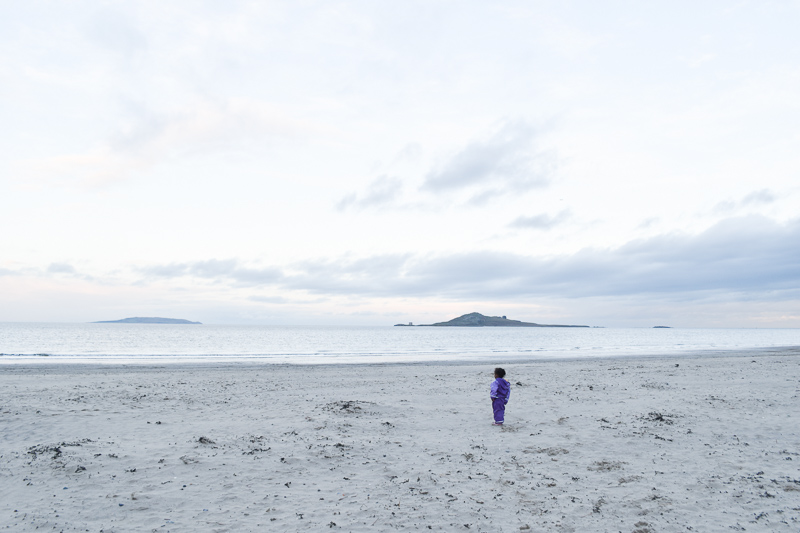 If there is one place our entire family loves, perhaps more than anywhere else at any given time, it’s the beach. It makes each one of us so happy to be out in the fresh air next to the sea. Maya asks to go to the beach just about every day (especially sunny days, when she knows we should be outside getting while the getting’s good), and both kids’ faces fall apart with glee when we announce we’re heading there. 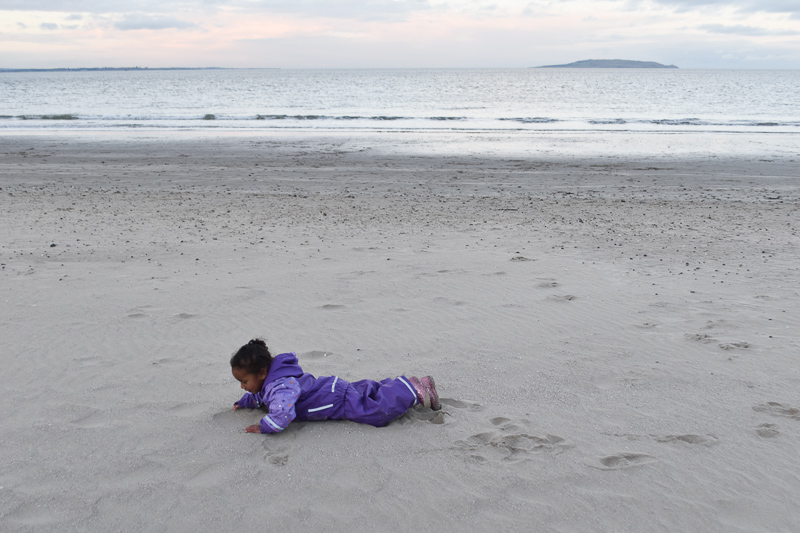 I rarely break out my camera lately. I changed cameras before we left Houston because my old one died and couldn’t be fixed, and I just don’t like the new one. The other major problem is that it’s always dark here, so everyone is blurrier than usual. But I’ve been trying when we get outside to bring it with me. They’re still blurry, but they still capture that glee! 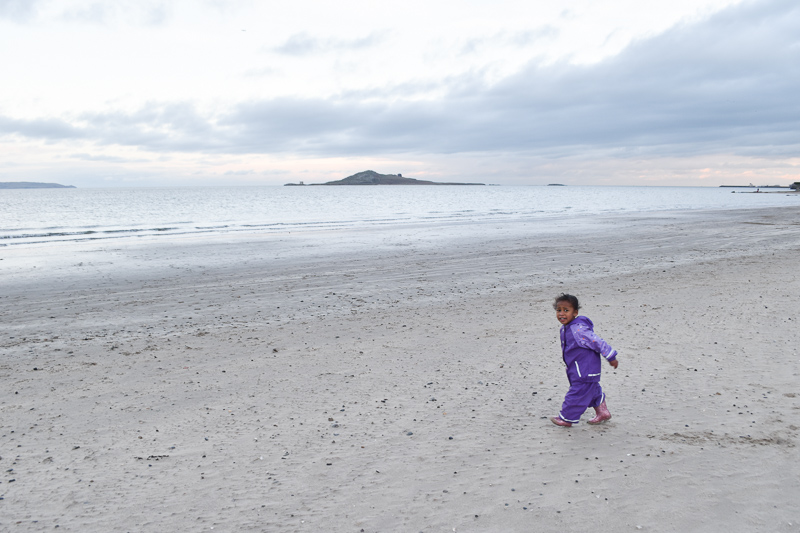 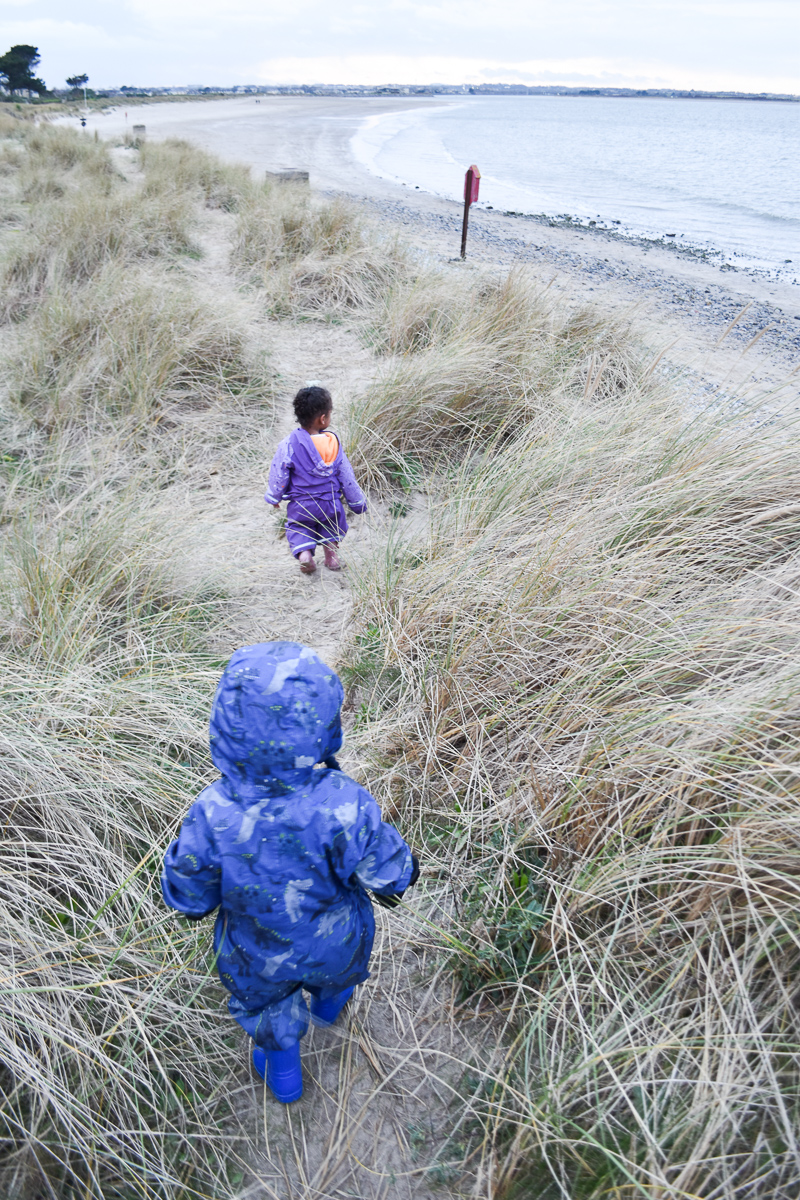 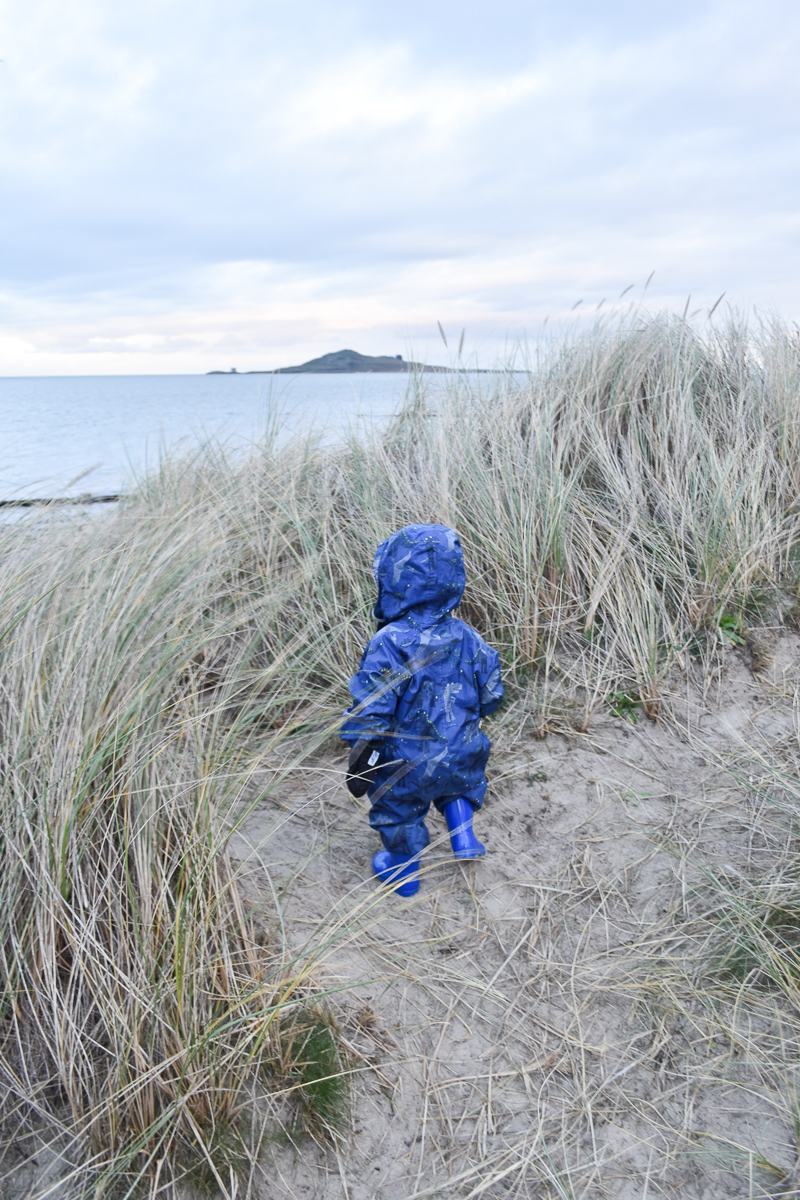 We’d never been up on the dunes behind the beach before (and I think you’re not really supposed to hang out on dunes because of erosion, but there are no signs and we weren’t the only ones), and the kids were obsessed. It was a little easier to be up there with Noah because on the beach he just wanted to run straight into the water. I can’t wait to bring him to warm water this summer! 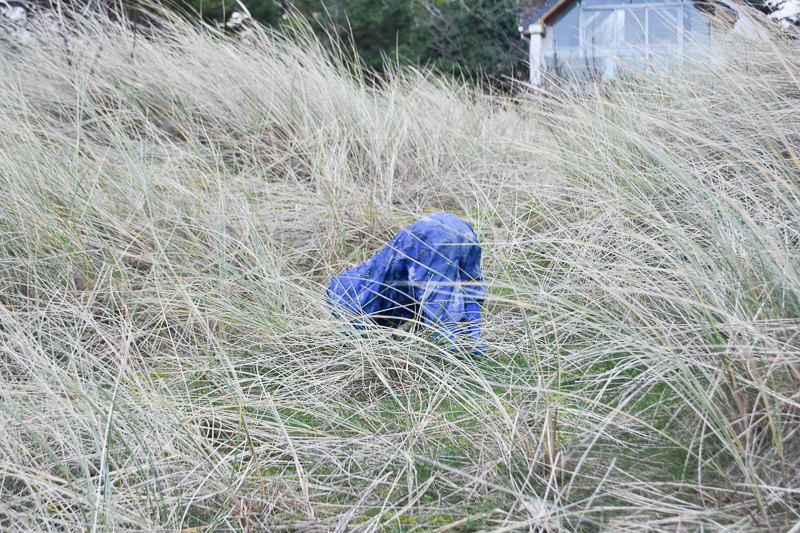 With the mittens and wellies and snowsuit, Noah had a hard time getting himself upright every time he fell down. That’s his booty in the air and it cracked me up. 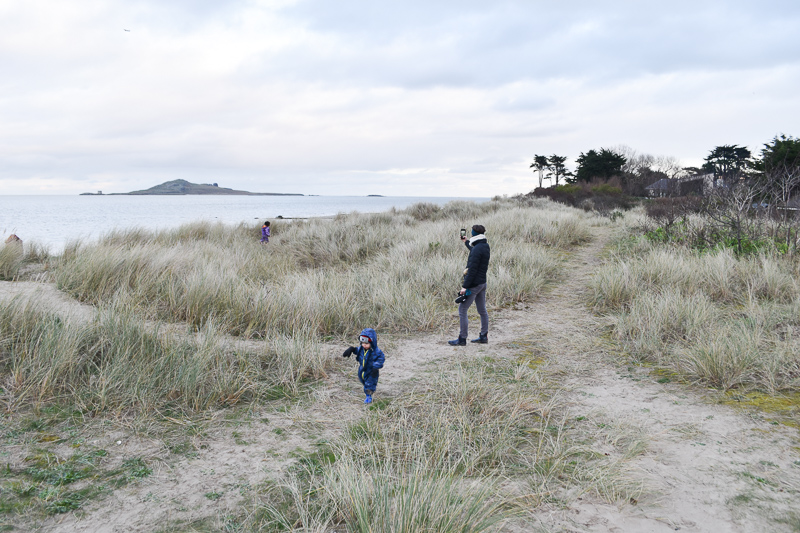 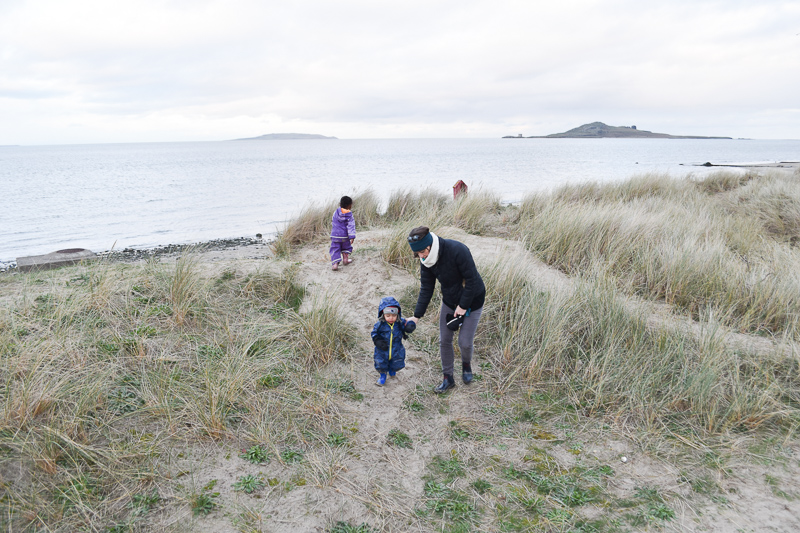 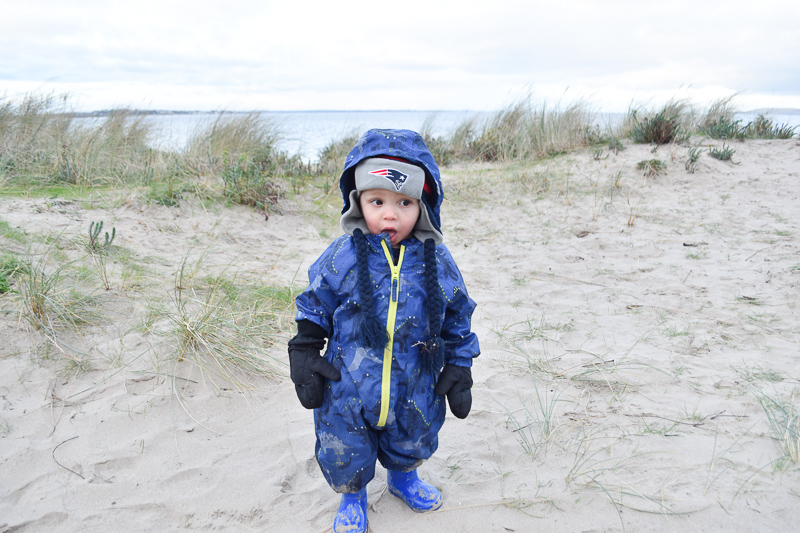 Noah rocking his sister’s Patriots hat for the big game this weekend! 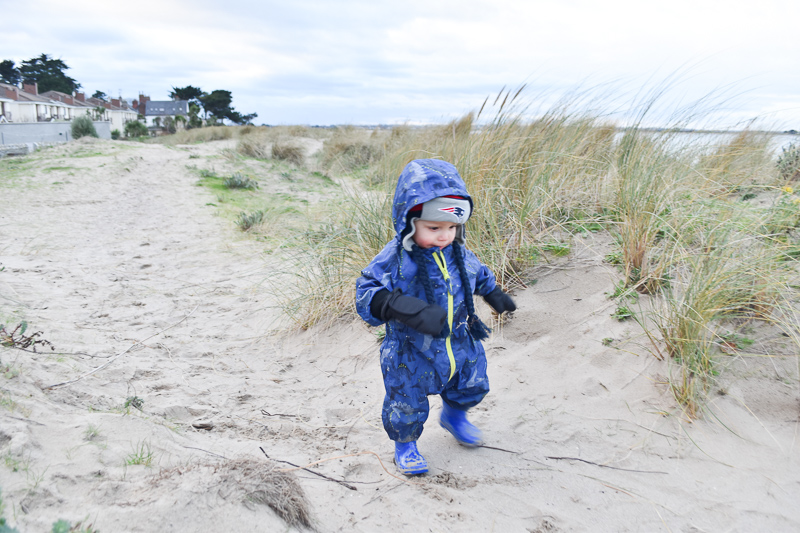 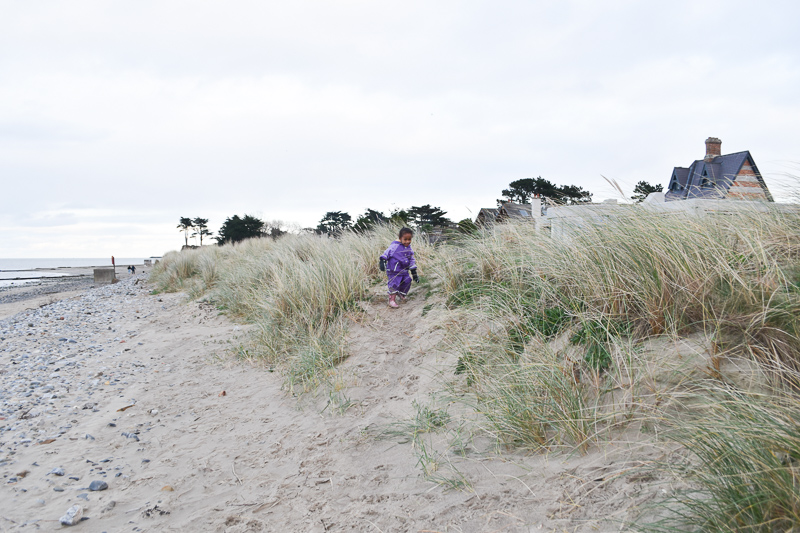 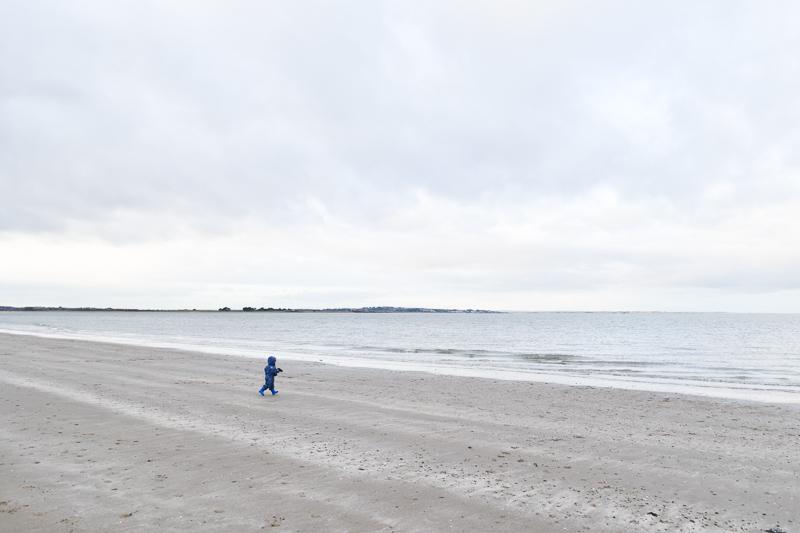 We did let them splash in the water, but Noah had no concept of when to turn around. 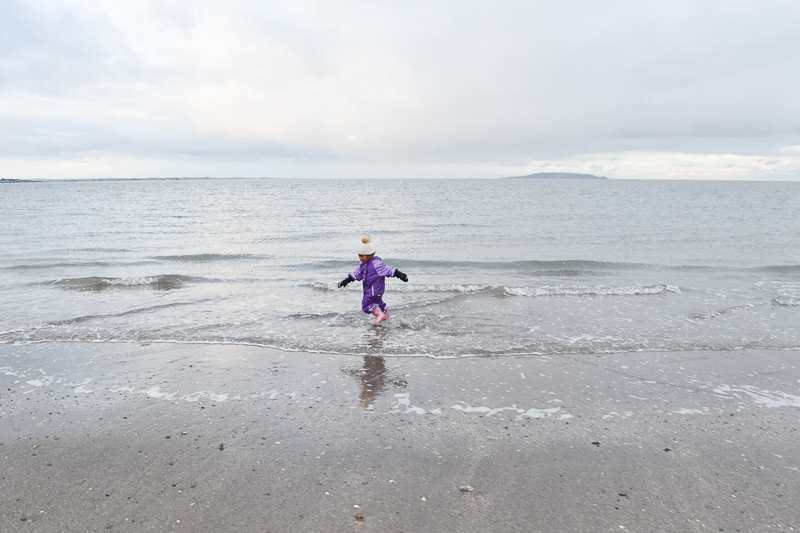 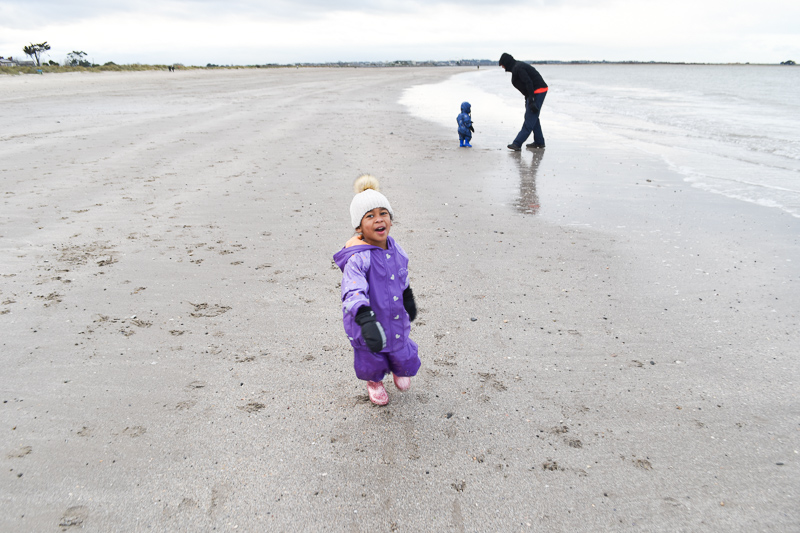 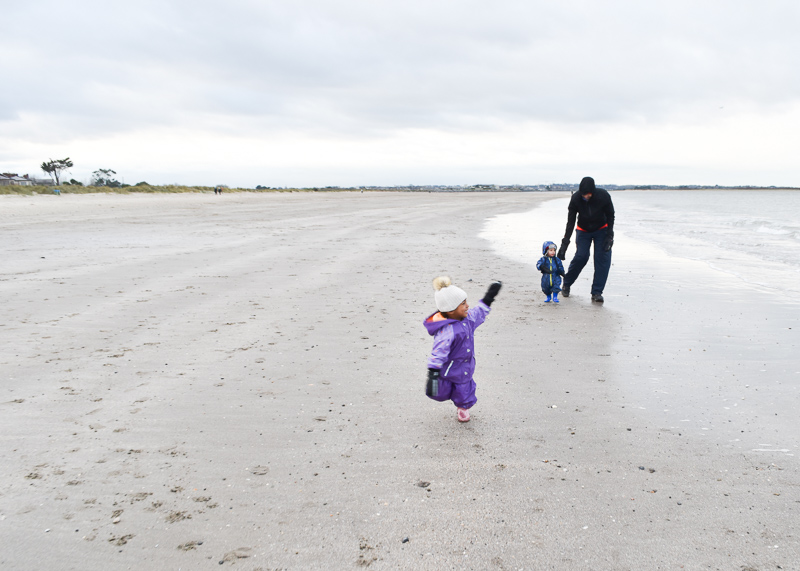 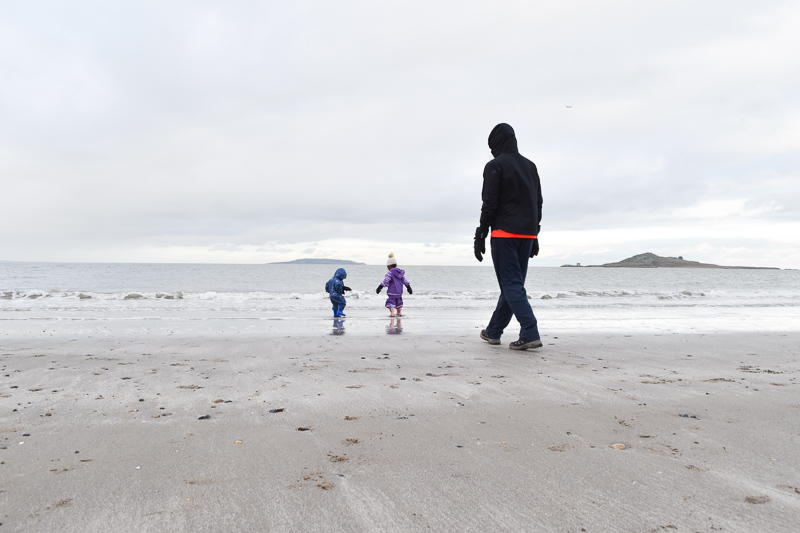 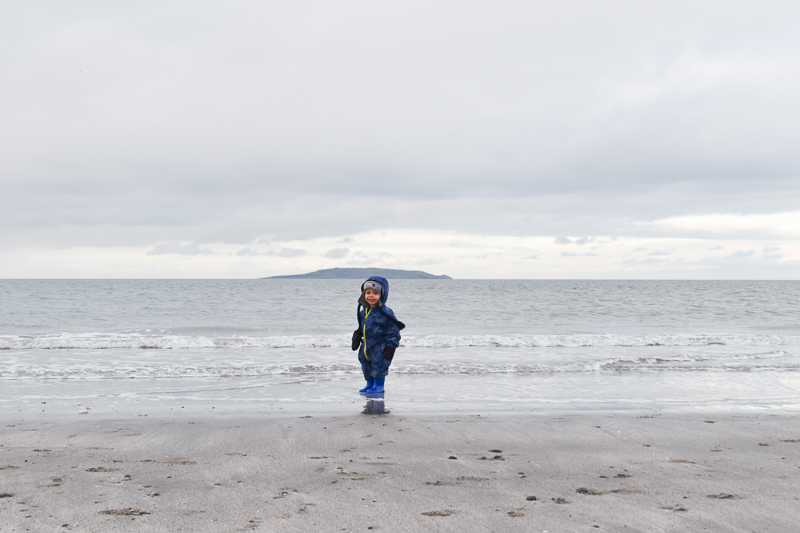 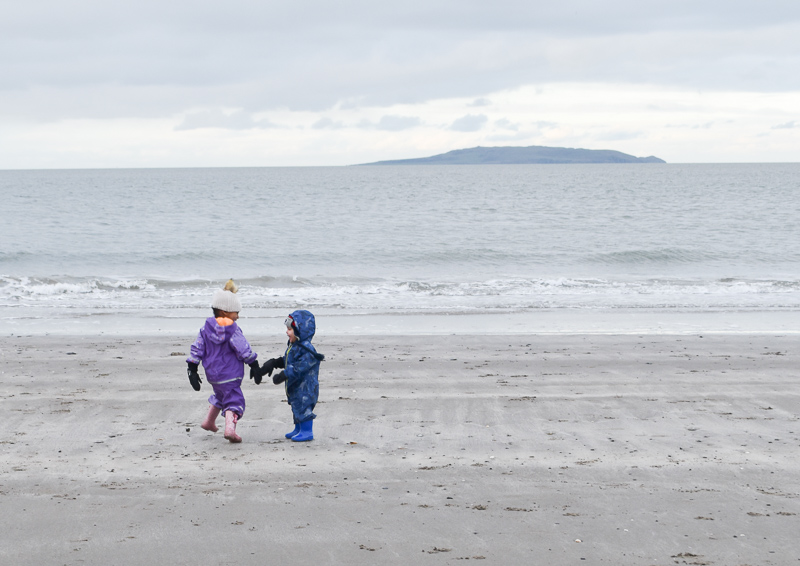 These two are headed for Frick and Frack status (although perhaps a little more like tweedle dee and tweedle dum in their giant wet gear outfits 😉 and also perhaps only 10% of the time when they’re not screeching at each other) and it’s both the cutest thing ever and a little terrifying. We are in for it when they start teaming up!