Flying With a Toddler 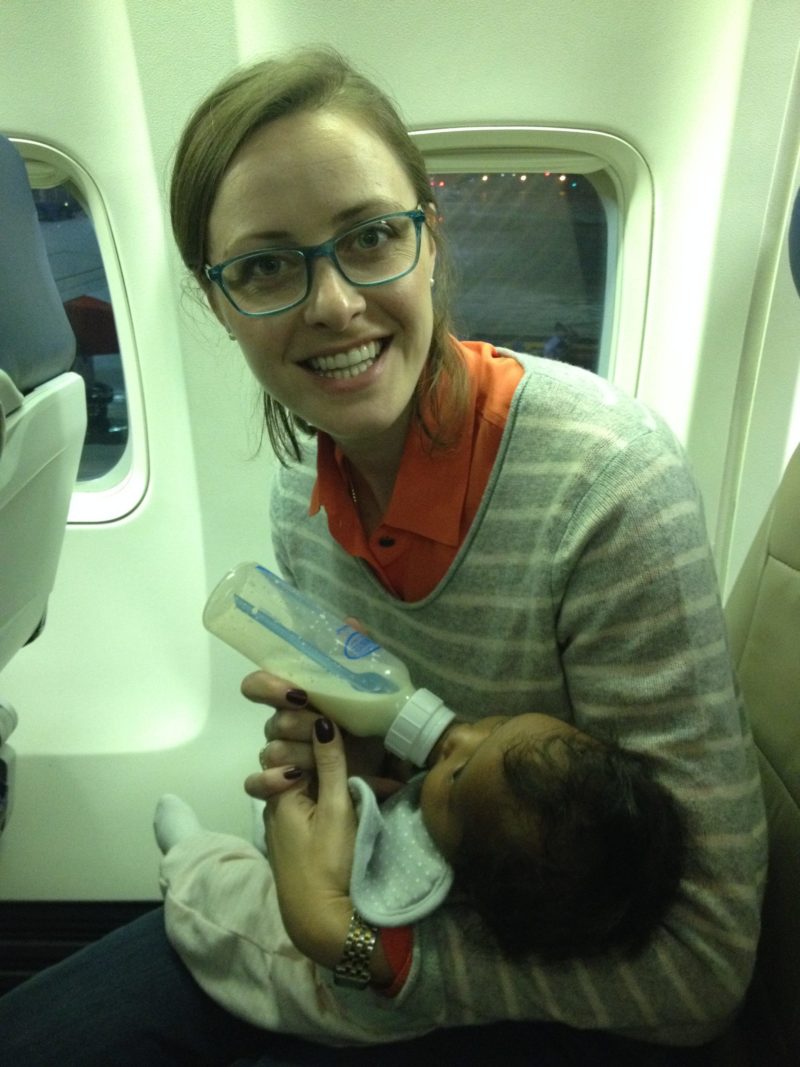 (This was one of Maya’s first flights when she was only about 3 months old!)

I’ve had a few friends ask me lately how we keep Maya occupied on airplanes. And do we ever have experience in that category! I figured someone else might benefit from me sharing what’s worked for us on 20+ flights in her 19 months of life.

First, a disclaimer. Maya is pretty small for her age, so keeping her contained isn’t as difficult as, say, my nephew, who was much (MUCH) bigger and stronger at her age. She is pretty wiry, though, and strong willed, so keep that in mind as you’re reading through this. 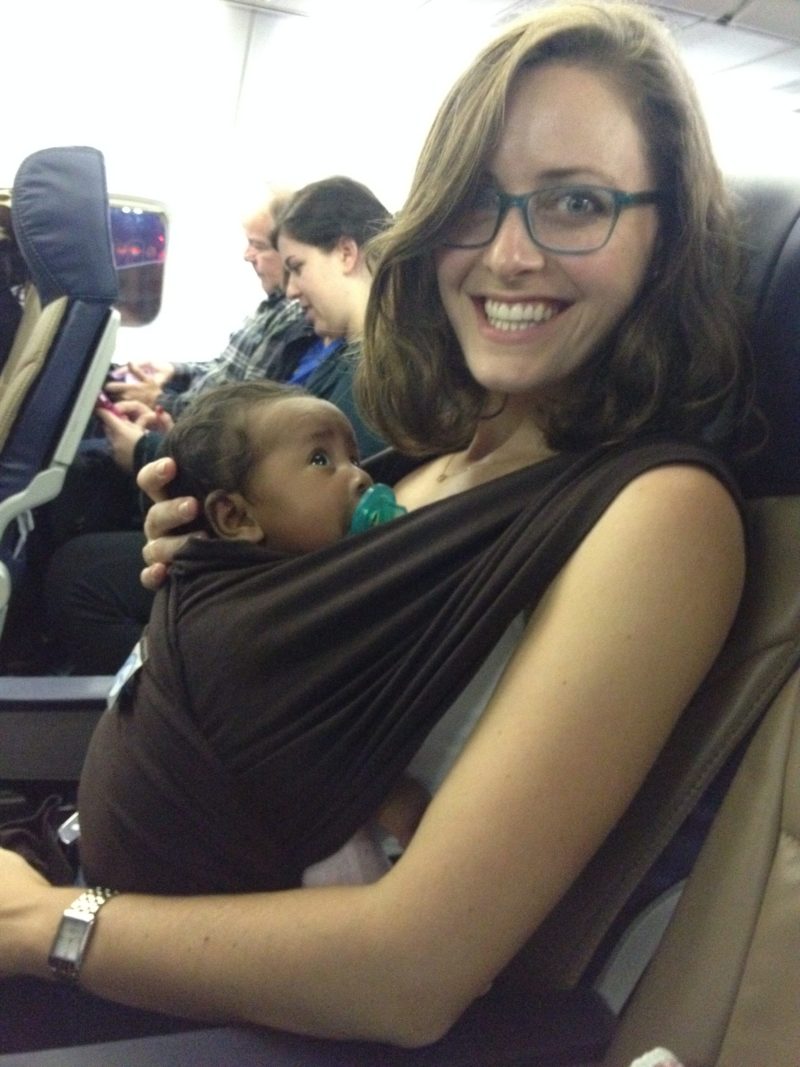 We haven’t yet had to buy a seat just for Maya. We’ll have to starting in October, but for now she’s a lap child and FYI – we always call and add her as a lap child prior to the flight.

Now, let’s start with gear. Here’s what we always bring. 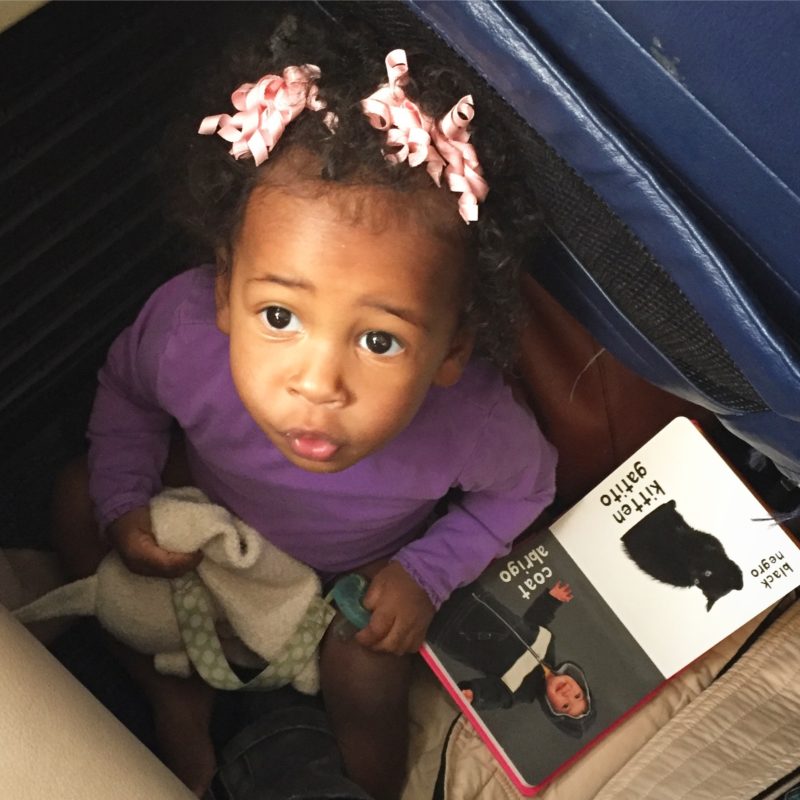 (On the floor of the plane back from Maine after Christmas – and the last time with her paci!)

For the entertainment of the toddler:

The basics: We obviously bring diapers (about 6 per flight, which is what she’ll go through in about 2 days, so it’s like packing for a major emergency), a sippy cup we can fill with water, a whole package of wipes and one change of clothes for her. If we’re going through security, I take out the pouches of baby food and any water I have along for her and they check it separately but that doesn’t usually take much time. 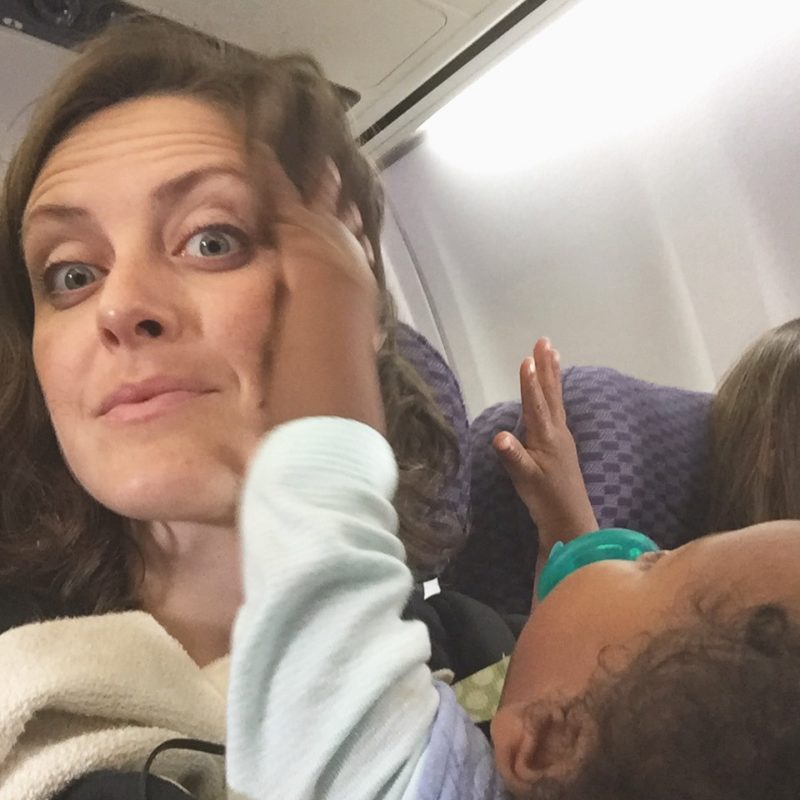 (This was our red-eye flight to Ireland last fall, all she wanted to do was play with my hair! But she eventually fell asleep.)

Some rules we try to enforce:

Traveling with her has gotten a little more exhausting as she’s gotten older, but it isn’t yet as hard as I thought it would be at this stage, thankfully! Once she turns 2 in October I think it might get a little more difficult to keep her sitting in her seat, but we’ll just try to stock up on little age-appropriate toys to bring with us and hope that keeps her attention until she falls asleep! 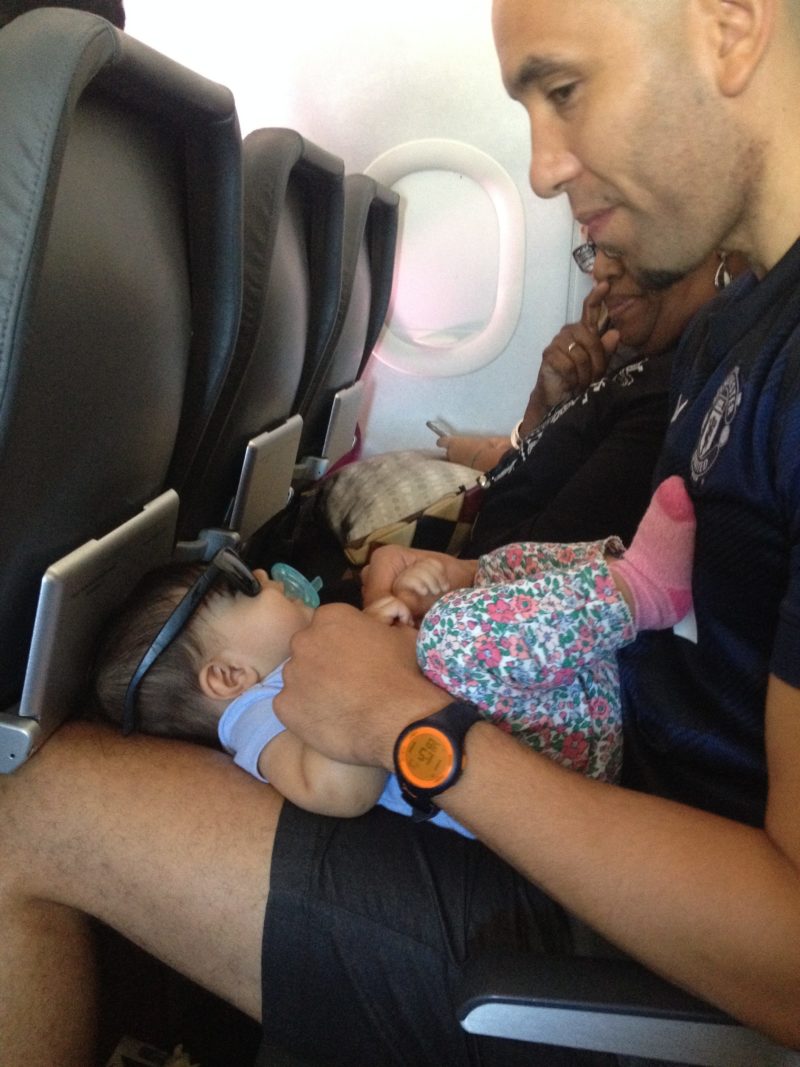 (With our Baby J on the flight we took with 2 babies, 8 and 6 months old. We dominated!) 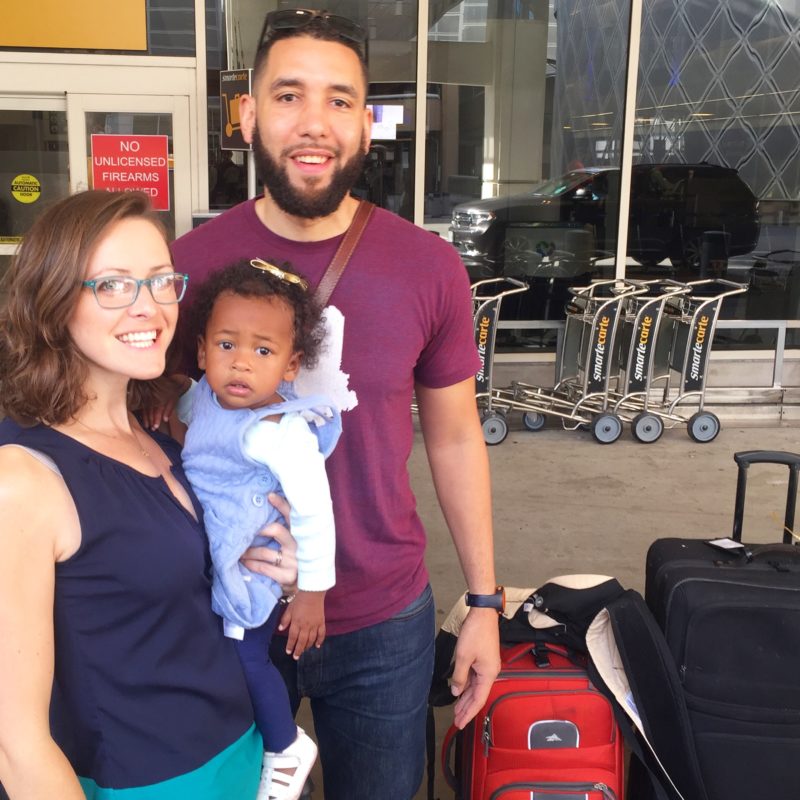 (Before our first international flight with Maya! Will never fly United again, but we survived!) 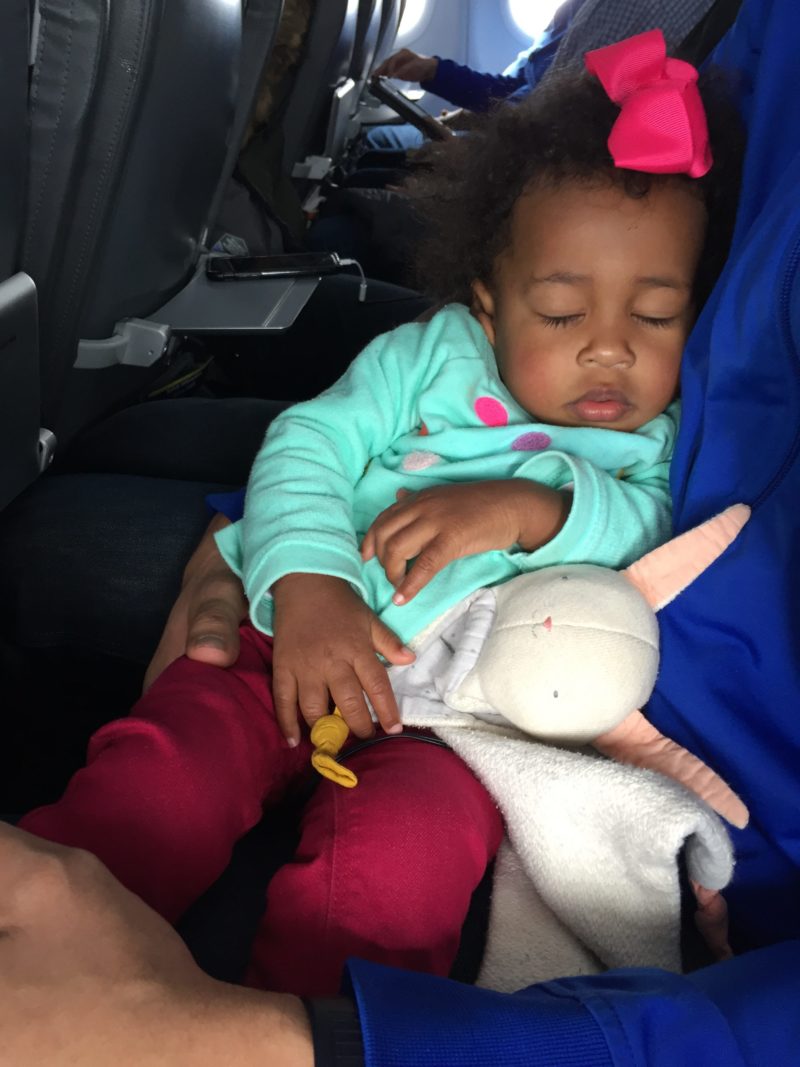 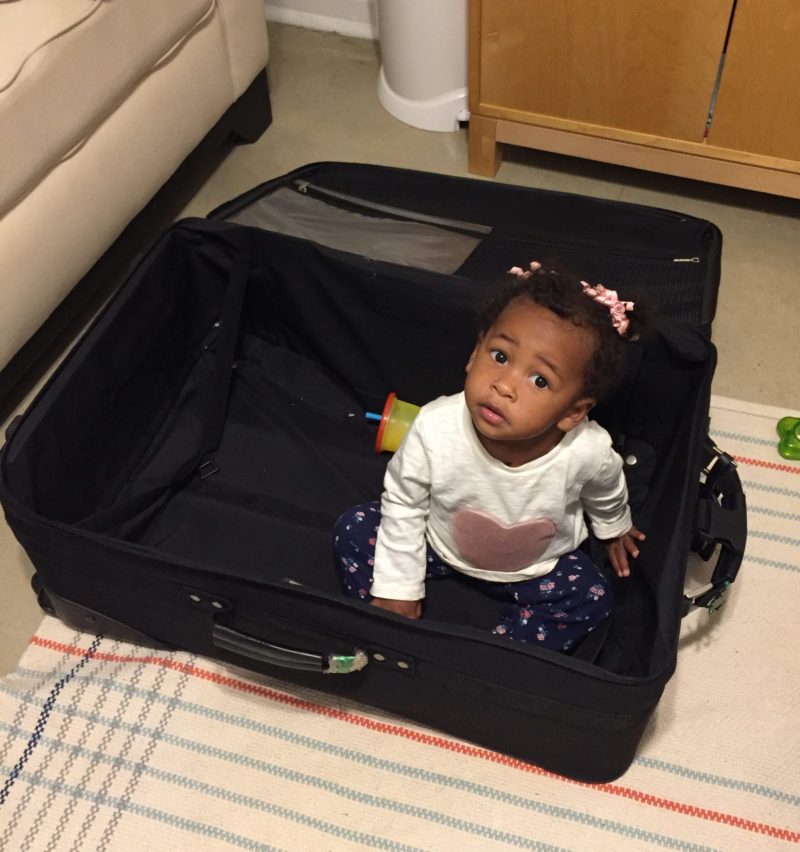