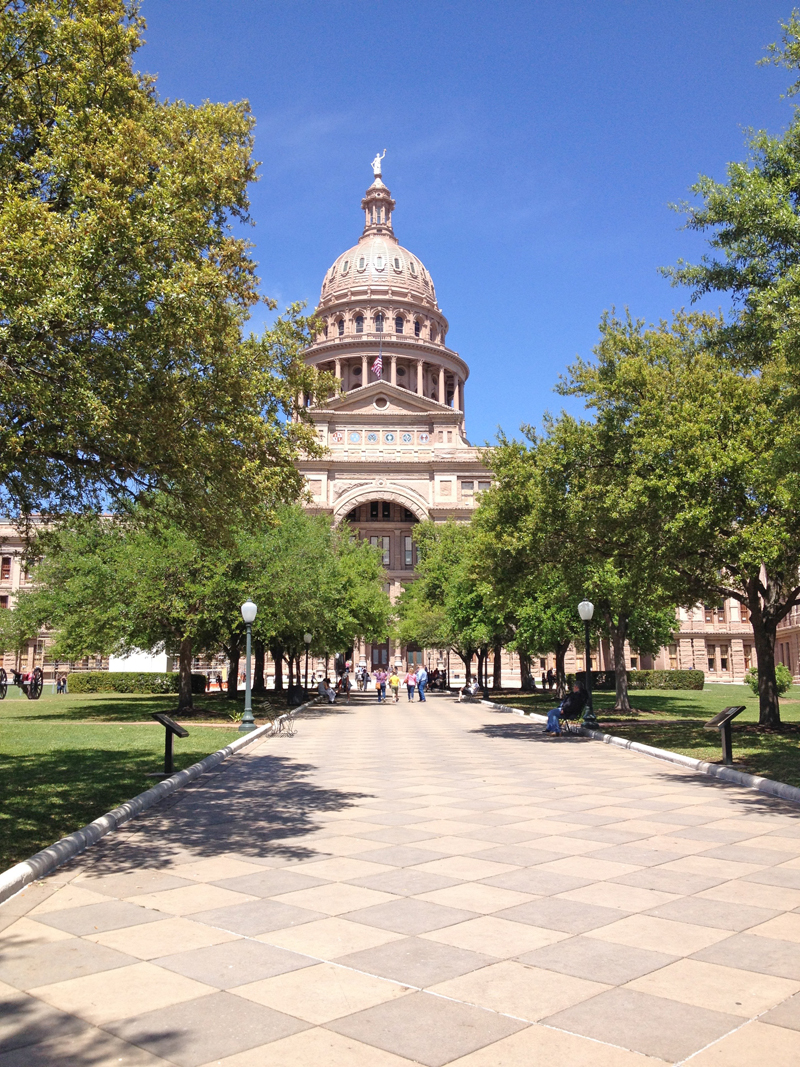 Two Fridays in a row I made the drive to Austin from Houston and I’m here to tell you all about our hip neighbor city!

The first visit, Michael and I decided to take Maya because he had Good Friday off from school and we needed a little adventure. We packed her into the car and hoped she would nap while we drove. And she mostly kind of did! By the end of the day, we were all exhausted, but it was so nice to get out of Houston and see something different.

Then last Friday, my brother flew in to look at the University of Texas law school, which is in Austin. At first we thought he could just take our car for the day, but it’s a standard and it’s a long drive with a lot of stop lights at the end, which would have been stressful for someone who’s only driven a standard a few times! So Michael stayed home with Maya while Charlie and I went to Austin for another day trip.

I’m not sure I’d really recommend Austin as a day trip from Houston, but I’d definitely recommend it for 48 hours. It’s a long two and a half hours in a car that was built before cruise control! But that said, when I put the two long days together and I really enjoyed Austin. It’s surprisingly different than Houston – the nieghborhoods are quite similar to our Heights ‘hood but not quite as manicured. And it’s hilly, which made me realize how flat Houston is. The drive between the two is beautiful, with ranches and pastures and beautiful enormous trees. If we hadn’t already had enough driving, I would have loved to just turn off the highway and see where the little rural roads end up. One day!

Day One: No clouds in the sky, perfect 70 degree weather.

Houndstooth Coffee – Very good coffee and friendly service, but in my humble opinion, overpriced. $4.60 for a latte that comes in a paper cup? Where are we, London? But there was a line to the door the entire time, so who knows. 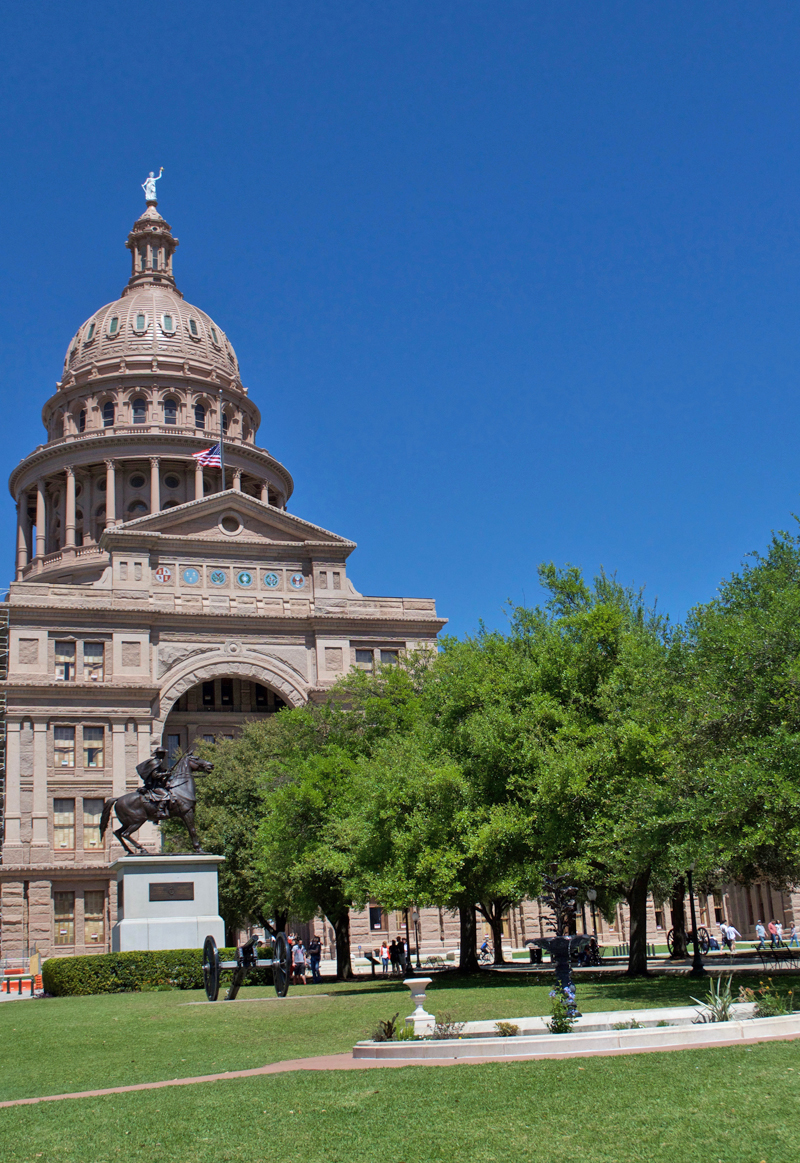 The Capitol Building – Just had to Google the difference between the words capitol and capital because I knew I was doing something wrong. And I learned that the capitol building in the capital city was a great little cultural stop! It’s free to stroll right in, and you can take free half hour tours all day, which was the perfect length for us. The building is grand – it’s the largest state capitol building in the country! Go figure, right? 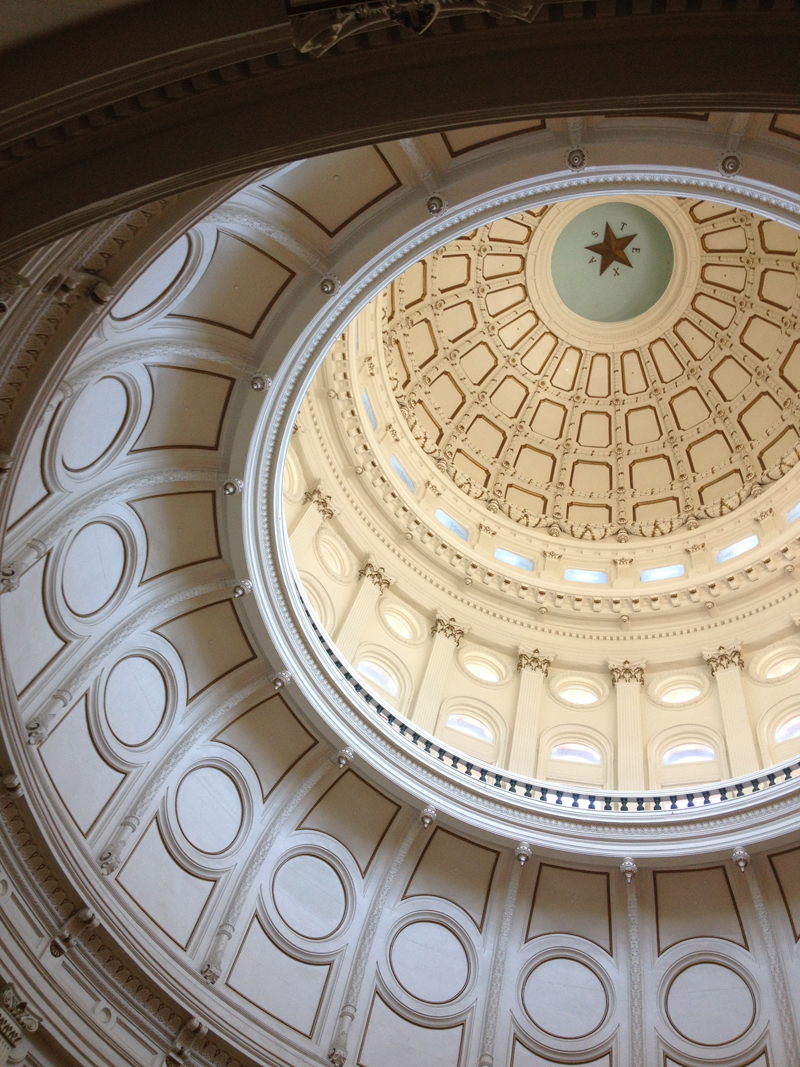 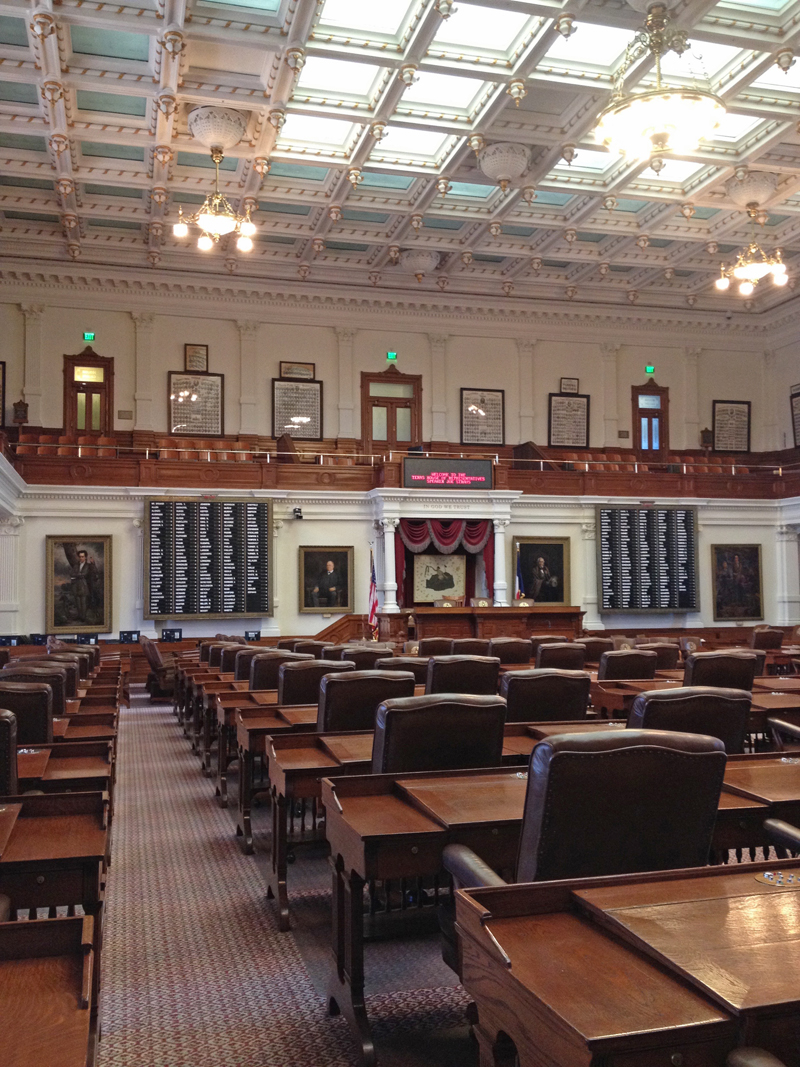 Food Truck Lunch – We headed to South Congress to find some lunch and with it being a holiday, it was very busy. So instead of dining in, we decided to try out a food truck. I wish I had taken a few photos of the food trucks – there were so many! I expected a few, with Austin’s reputation for food trucks, but there were so many more than I anticipated! Here’s a site that has lots of different food trucks you can track down. We opted for schwarma pitas but I can’t remember the name of the truck.

Barton Springs Pool – After lunch, we zipped over to Barton Springs since the weather was so nice. Barton Springs is $8 for non-residents for the day (and you can get a stamp to come and go as you please) and $3 for residents. It’s a natural pool that they’ve cordoned off and clean every Thursday. It’s quite large, is manned by several lifeguards and there are lawns on either side for lounging. We had a great time and even put Maya in her bather for the first time! It’s pink with ruffles, and even with her lumpy swim diaper was about the cutest thing ever. The water was too cold for her, so the bather wasn’t really necessary, but it made me happy! Michael swam and loved it, but he’ll swim in any temperature water. I’m not so brave but I did enjoy the whole scene. 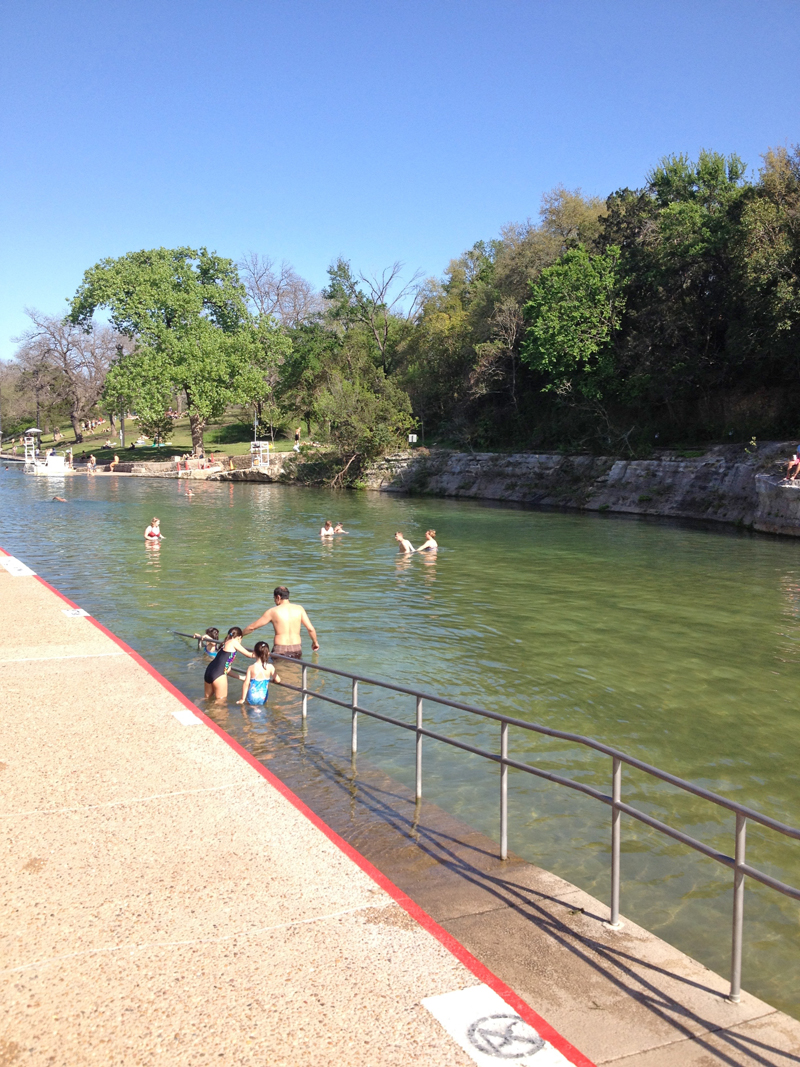 Day Two: Pouring rain and thunder and wind! It felt like a Dublin summer day!

Manana Coffee – Also overpriced (what is up, Austin?), but they have really lovely blue tile and it’s very quiet tucked just off South Congress. 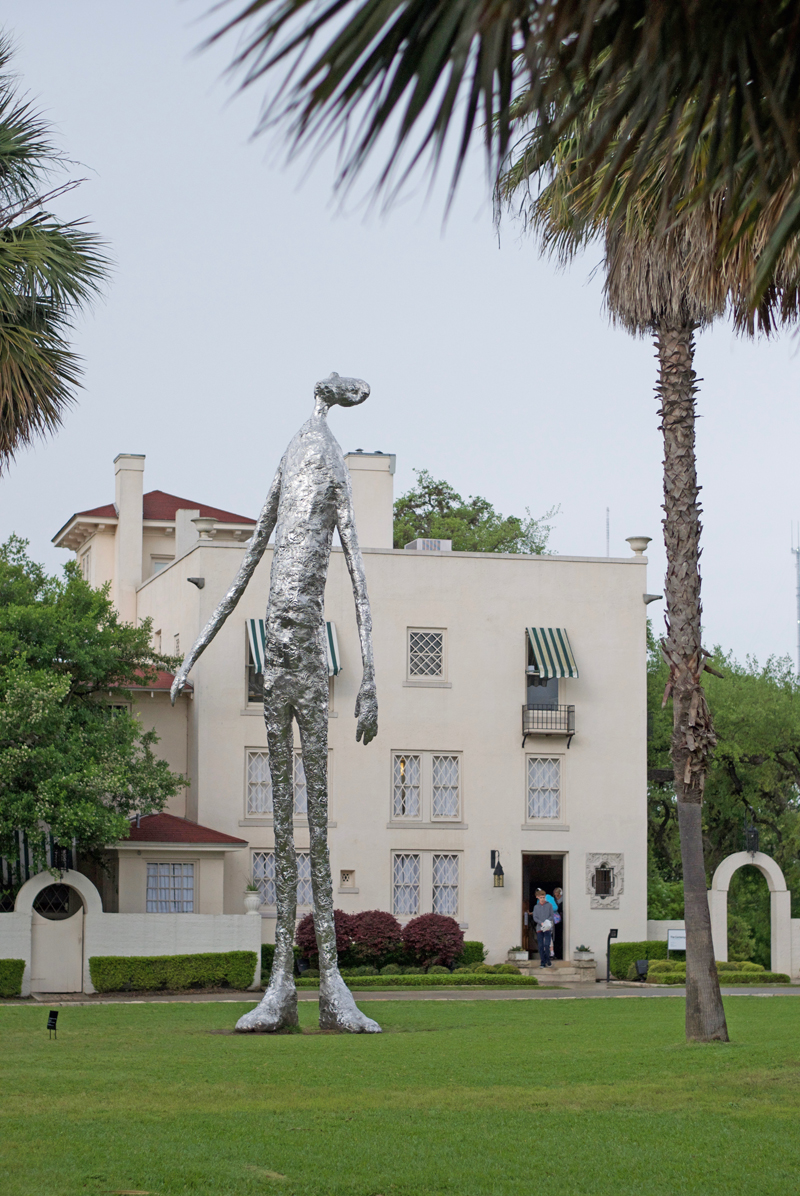 Laguna Gloria – After dropping Charlie at UT I drove myself along the Colorado River to Laguna Gloria, which is an arm of the Contemporary Austin museum that’s out on the water. It’s an old estate with beautiful grounds that is often used for weddings and events, and there are giant sculptures dotted throughout the paths. It also has an art school, which looked really fun. Part of it is open air, which reminded me of my time at Haystack on the Maine coast when I was in high school. There’s something about creating art with no walls around you that’s especially lovely. 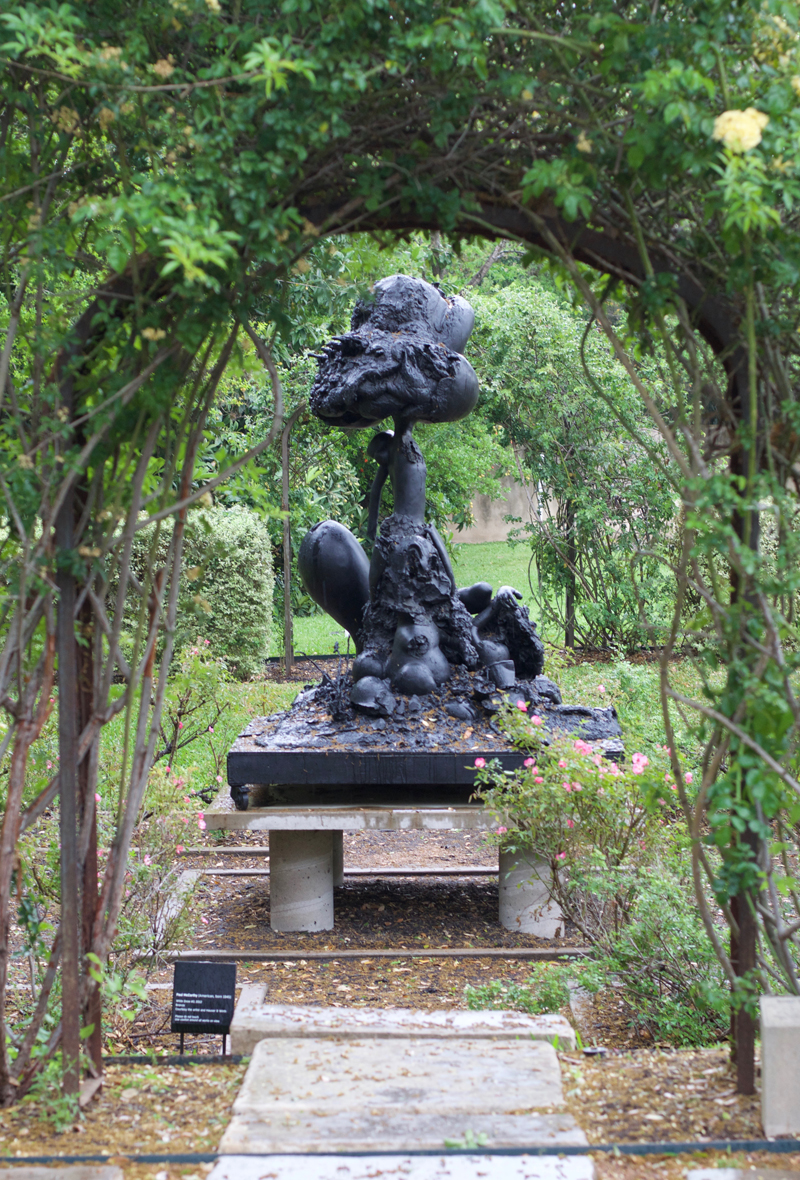 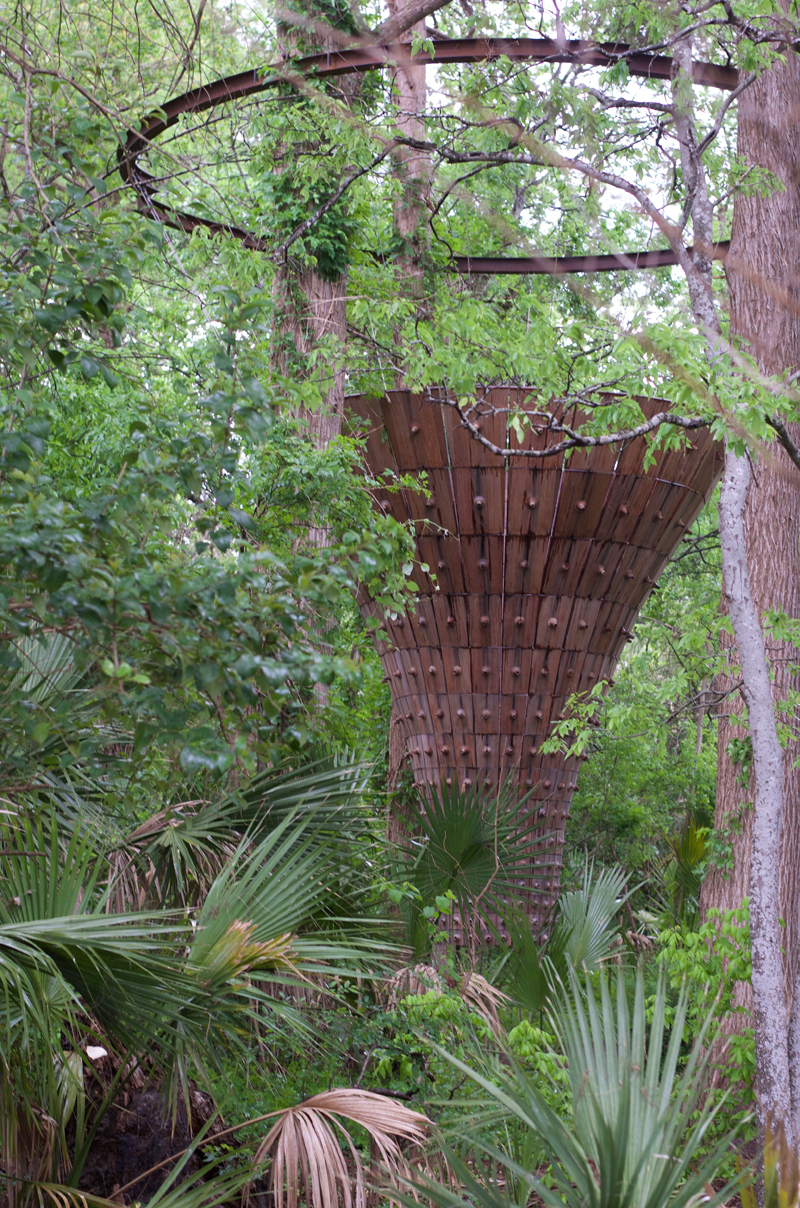 I wandered all around the grounds and mostly got soaked but had the nicest time. It was so good to be tromping through the woods right next to water. Everything smelled like wild honeysuckle and a few swans even swam over to me while I was waiting out a downpour under a tree. Very soggy, but very magical. 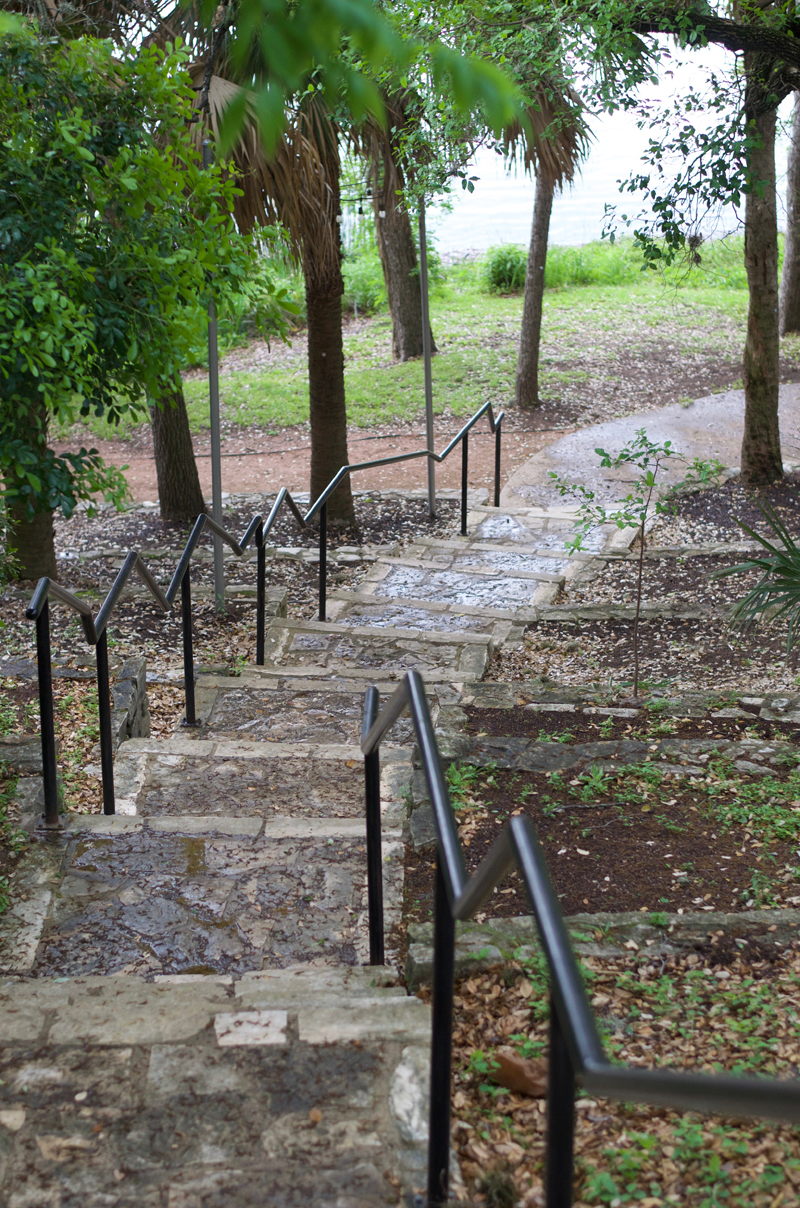 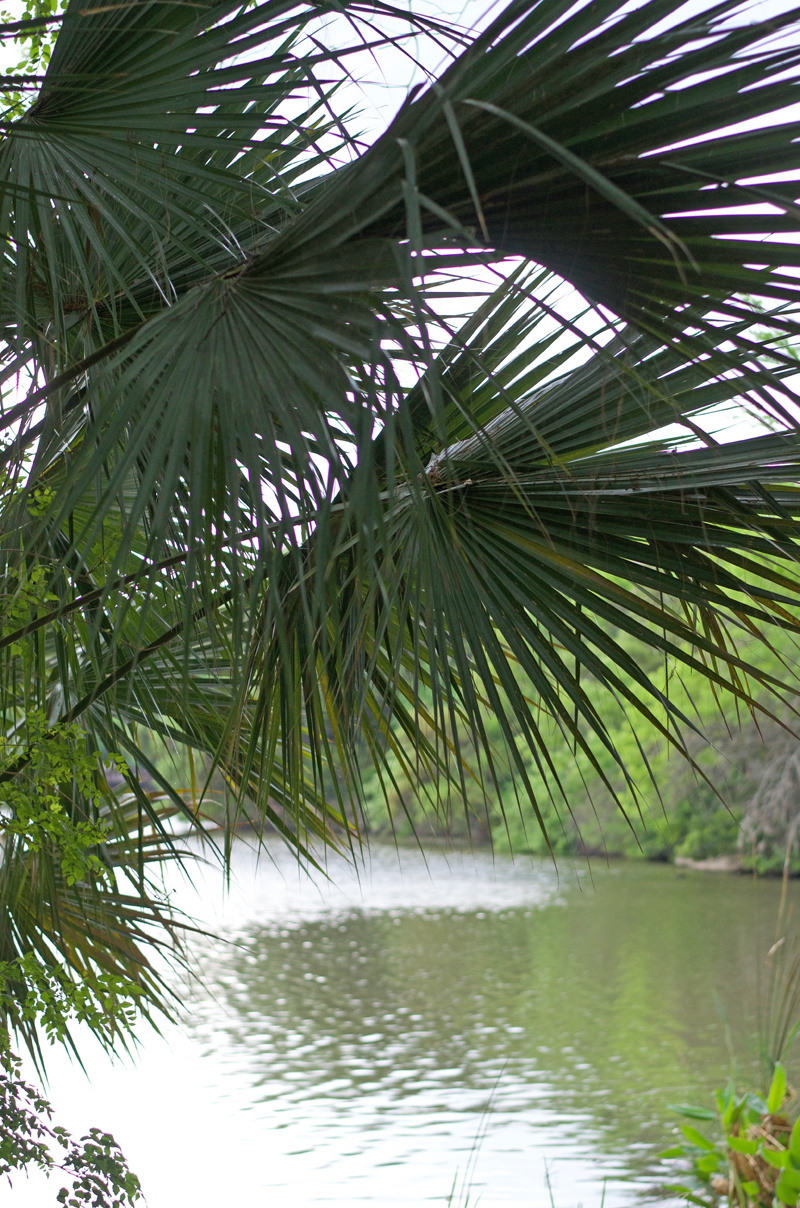 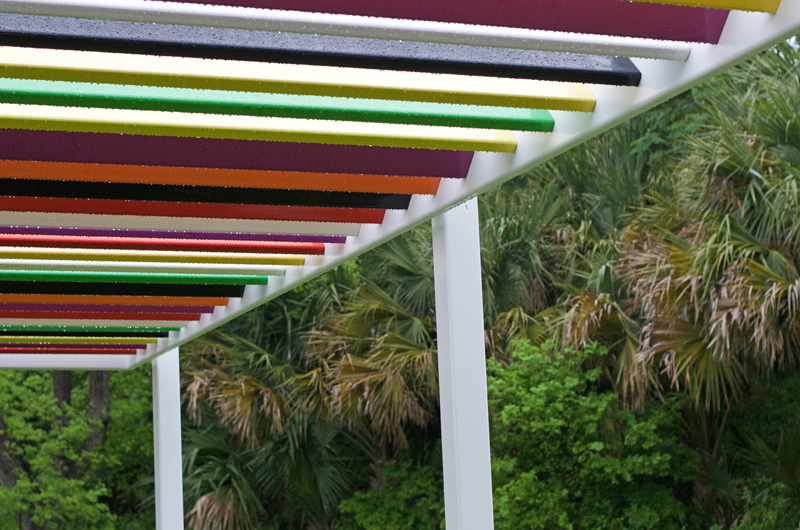 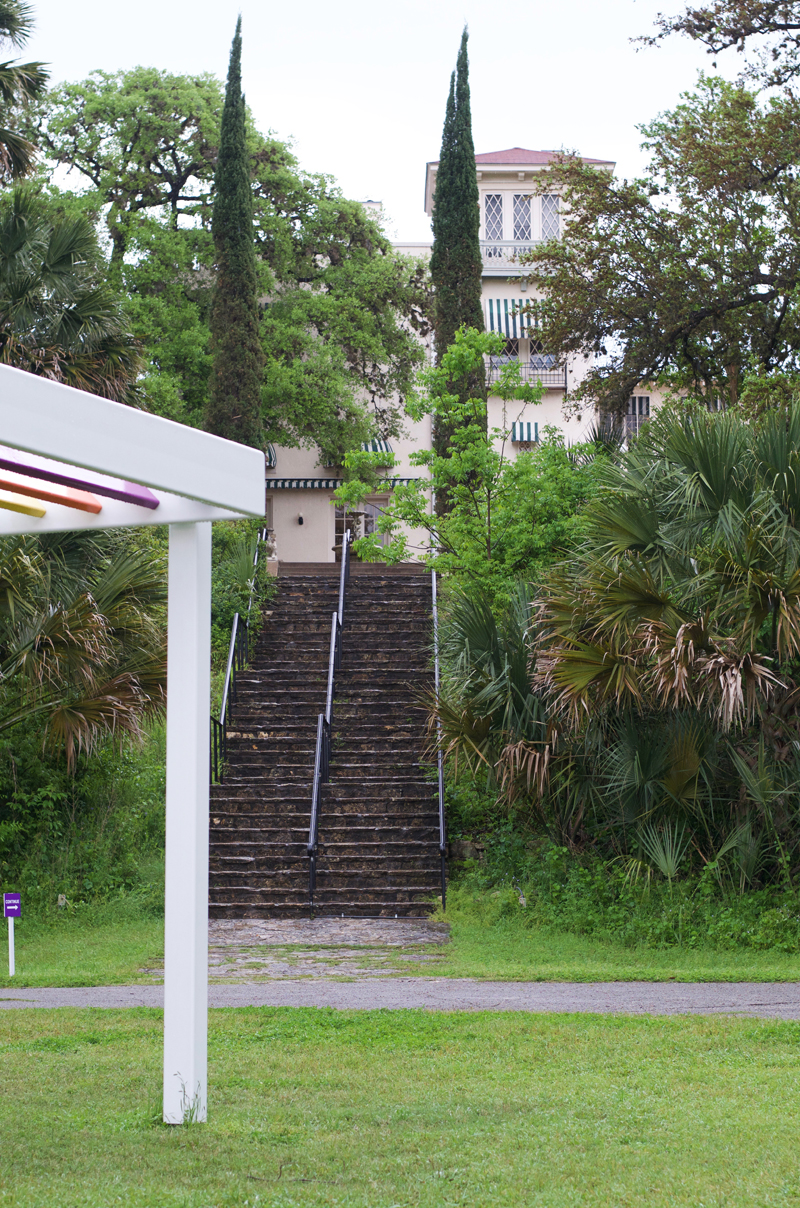 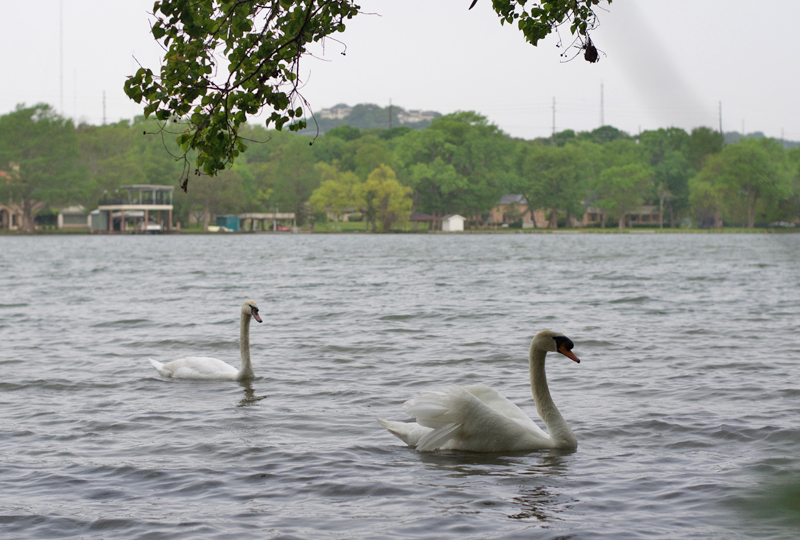 You know a place is good when you enjoy it even in the soaking cold rain!

Foodheads Lunch – While I warmed up in the car after my Laguna Gloria adventure, I was texting Michael for Maya updates and mentioned I was hungry. He sent me just a few blocks away to Foodheads. It was a little mobbed with college students (Austin has 60,000 college students! That’s a whole city itself!), but the food was yummy. I had a Thai curry soup and a squash and chicken sandwich with pesto. I sat alone and wrote in my notebook and felt old. Ha! There’s a lot of outdoor space, so on a nicer day it would have been lovely to sit outside. 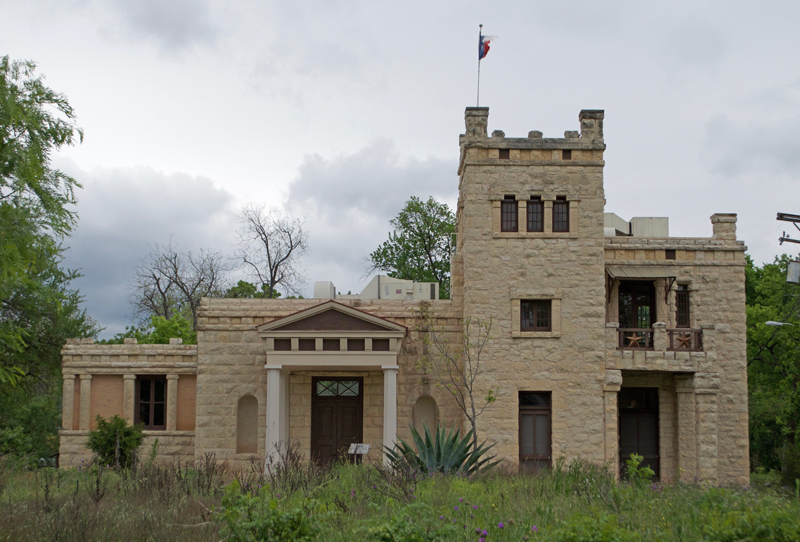 Elisabet Ney Museum – With about an hour to kill, I was driving around the Hyde Park neighborhood looking at all the pretty houses. I pulled over to see if there was anything I could squeeze in before I had to pick up Charlie, and typed ‘museums’ into Google Maps on my phone. Lo and behold, just around the corner was the Elisabet Ney Museum. It was such a serendipitous find. It’s a big old stone estate called Formosa on an overgrown lot, which is intentional – they’ve let it be some kind of natural habitat. It looks like a castle with a turret and a Texas flag flying from the top. The building was sculptor Elisabet Ney’s home and studio in the late 1800’s and it’s full of marble and clay busts she made both in Germany and there in the studio. She was so talented and sculpted a lot of famous people, like Sam Houston and Stephen F. Austin. 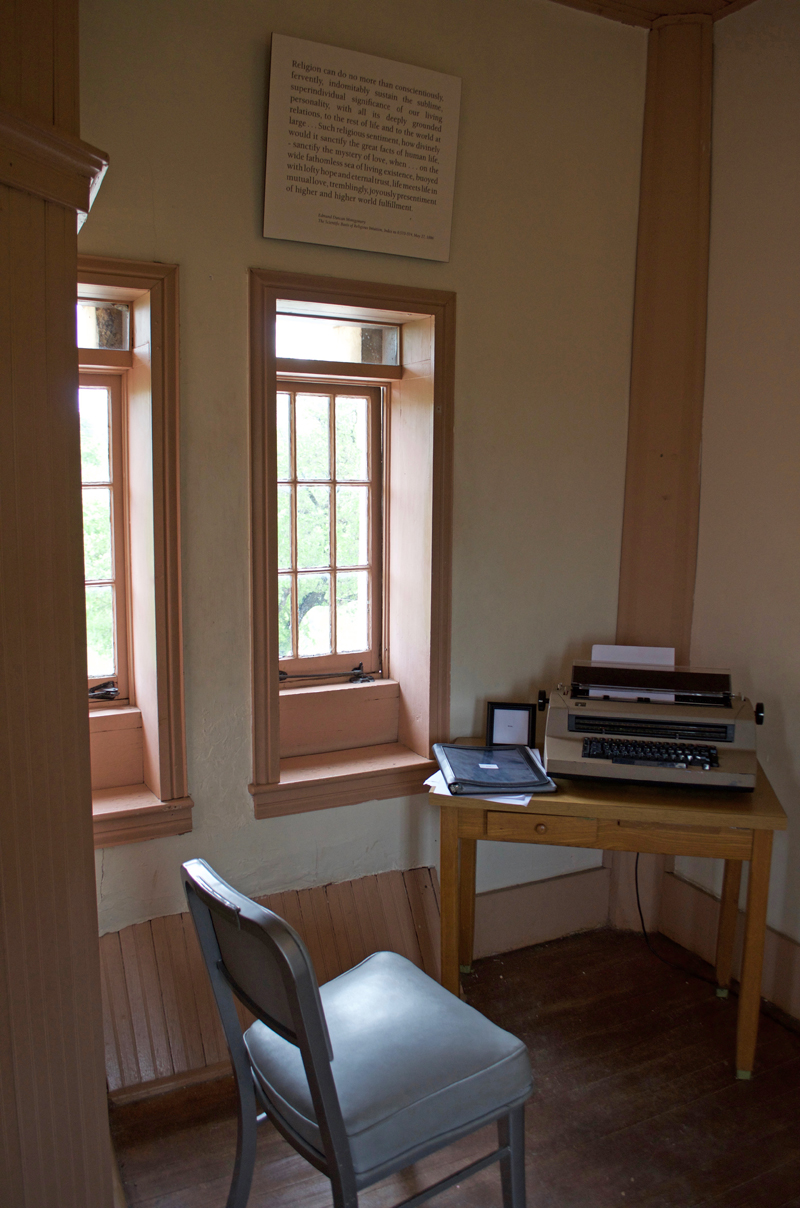 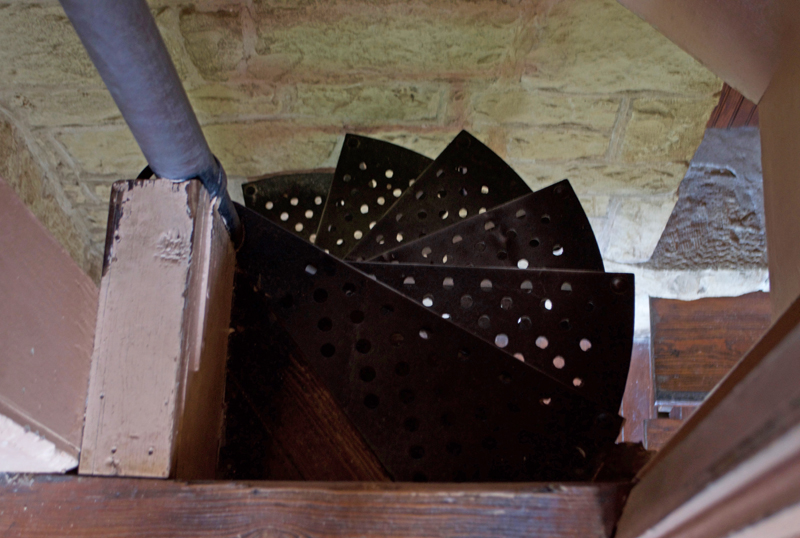 The museum is free and you can get a peek from their blog. You can climb this tiny iron spiral staircase to the turret, which she had built for her husband. The down part is not so fun, but there’s a typewriter up there and you can type a note!

A few kind friends left more recommendations on my Facebook post about my visit. I’ll be noting those for our next trip, which hopefully will involve staying at least one night!